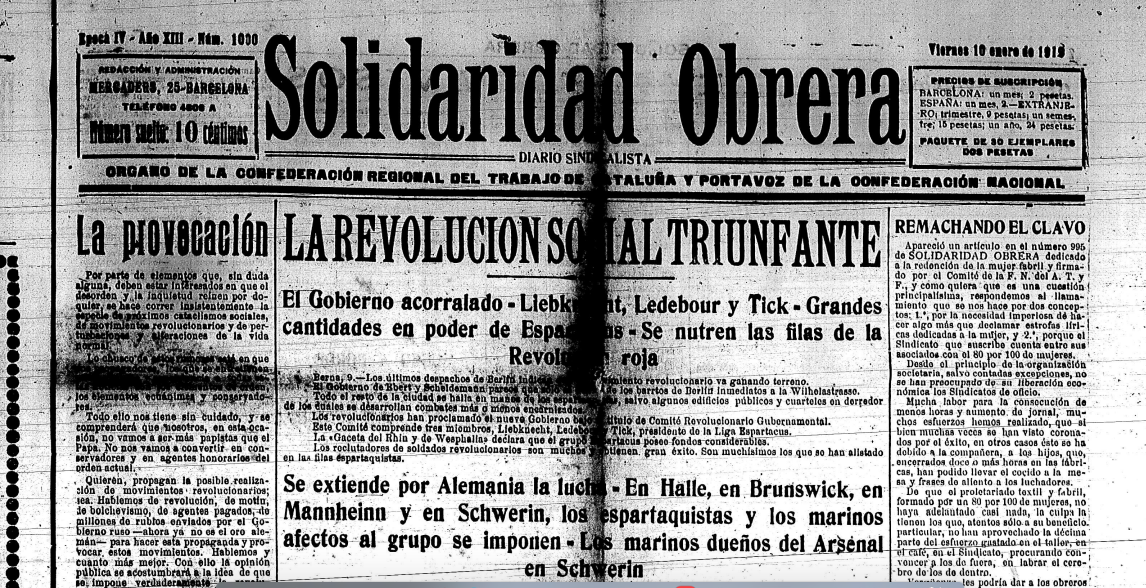 My work focuses on the transnational and comparative history of revolutions and radical ideas, with special focus on Russia and the Hispanic world. I examine how revolutionary models were transmitted, rearticulated, and conjugated with local conditions, discourses, and traditions.

In 2020, I began working as a research fellowship at the Institute of Historical Research at Mexico City’s National Autonomous University of Mexico (UNAM). My post-doctoral project explores the protean figure of Mikhail Borodin, a Soviet diplomat and Comintern agent sent to Mexico in 1919 to negotiate with the country’s nationalist government. I use Borodin as a window to explore the complex entanglements between the Mexican and the Russian Revolutions.

In June 2019, I successfully defended my PhD thesis at the European University Institute, funded by the competitive Salvador de Madariaga programme. My thesis excavated the interactions and encounters between Spanish anarchists and Russian Bolsheviks. I traced the steps of Spanish anarchists who travelled to Soviet Russia as exiles, adventurers, military volunteers, and delegates to the Communist International. I thus moved away from national interpretations of the Russian Revolution, reading it as a global phenomenon that electrified not just orthodox Marxists, but a heterogeneous constellation of radicals. I have published prolifically on topics related to my thesis and beyond for edited volumes and for eminent peer-reviewed journals, such as Slavic Review, Revolutionary Russia, European History Quarterly, and International Labor and Working-Class History. My command of nine languages (fluency in Spanish, Catalan, English, Russian, Modern Greek, Italian, French, and reading level in German and Portuguese) has allowed me to pursue ambitious research in archives in Spain, Russia, the Netherlands, France, the UK, and Italy.

I the spring of 2018, and again in 2019, I worked as a visiting lecturer at the University of Barcelona, where I have been teaching a module on Soviet history to second-year BA students covering the years 1945-1991. These exchanges have been sponsored by Professor Pelai Pagès and funded by the Spanish Ministry of Education.

Before moving to Florence, in 2013-2015, I completed an MPhil in Modern British and European History at the University of Oxford, where I was supervised by Graciela Iglesias-Rogers and Dan Healey. Prior to that, in 2010-2013, I obtained a BA (First Class Honours) at University College London’s School of Slavonic and East European Studies.