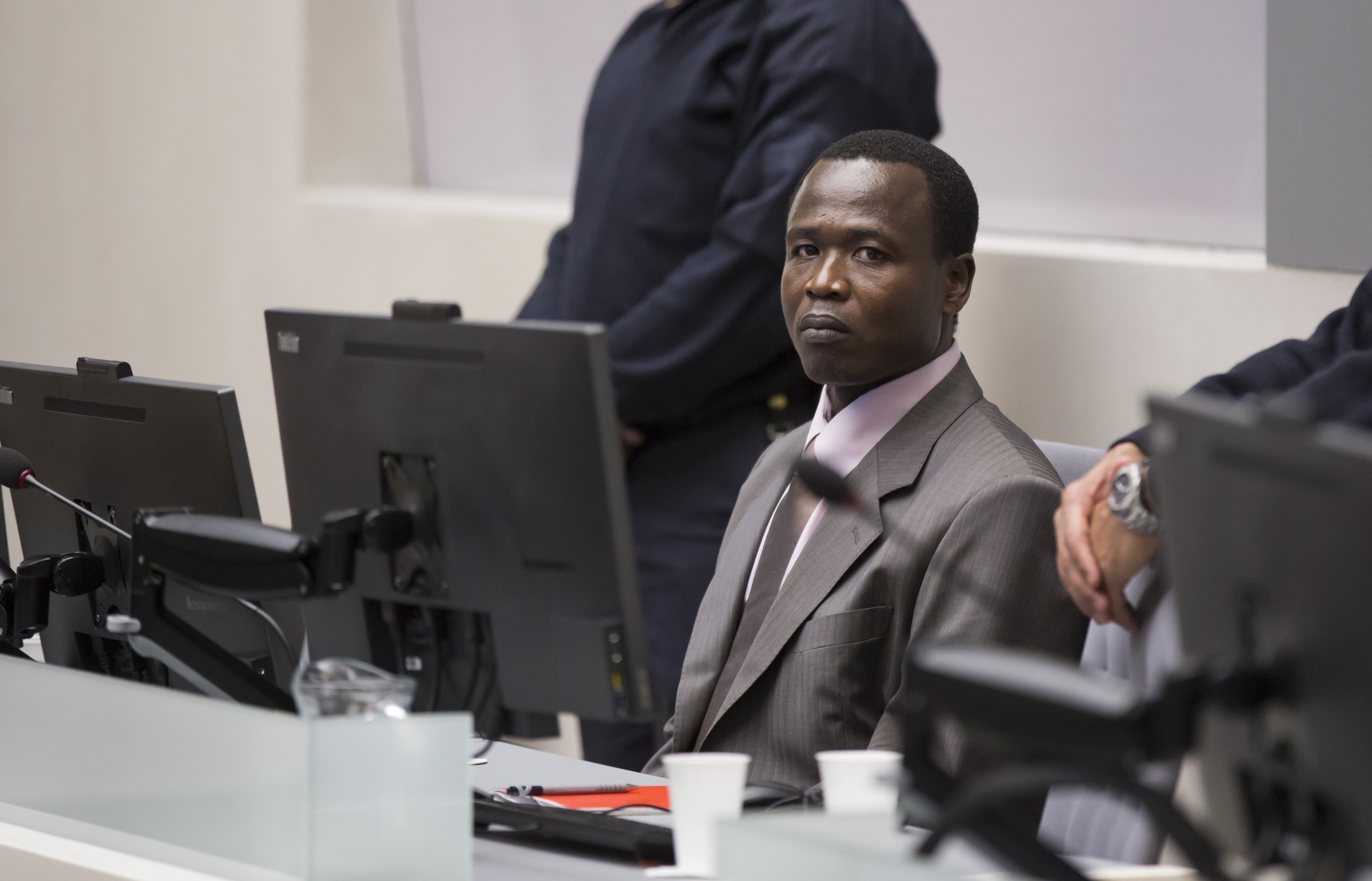 Photo Credit: Pictured here: Dominic Ongwen at his confirmation of charges hearing in ICC courtroom I on 21 January 2016 © ICC-CPI

Tomorrow, 6 December, the trial against Dominic Ongwen will start before Trial Chamber IX of the International Criminal Court (ICC). Ongwen’s trial follows the ICC’s first conviction for rape this year and presents a firm break with past setbacks in terms of accountability for sexual and gender-based violence (SGBV) at the Court. It will be an important and interesting trial for many reasons, too numerous to address all of them here. Let me focus on a couple relating to the SGBV charges. They are addressed in detail in the Prosecution’s pre-trial brief (I highly recommend reading it in full!) and will no doubt feature prominently during the trial. References below are to paragraphs in the pre-trial brief.

Dominic Ongwen is an alleged senior commander in the Lord’s Resistance Army (LRA), who is charged with responsibility for war crimes and crimes against humanity committed by the LRA in various locations in Northern Uganda from at least 1 July 2002 to 31 December 2005. He saw 70 charges confirmed against him, including for various modes of liability. It is the first time an accused faces such a high number of charges at the ICC. Many of these charges were added after the Office of the Prosecutor conducted additional investigations following Ongwen’s surrender to the ICC in January 2015. His 2005 arrest warrant contained only seven charges, none of which were for SGBV.

With now 19 of the 70 charges against him relating to SGBV, it is also the first time an accused faces such a broad range of SGBV charges at the ICC: they include several counts of rape, sexual slavery, enslavement, forced marriage, torture, outrages upon personal dignity, and forced pregnancy. Eleven of these 19 SGBV charges relate to crimes Ongwen personally committed as a direct perpetrator (again, a first at the ICC – all other individuals charged with SGBV were/are either charged as indirect (co)perpetrators or under the theory of command responsibility). The other SGBV charges relate to the LRA’s conduct more generally for which Ongwen is held responsible (in the alternative) as indirect co-perpetrator, for ordering, or under the theory of command responsibility.

Ongwen is the first person at the ICC to face charges of forced marriage. While not a specific crime under the Rome Statute, forced marriage is charged as the crime against humanity of ‘other inhumane acts’. The Prosecution’s pre-trial brief describes an elaborate structure through which young girls abducted by the LRA were distributed among commanders to serve as ting-tings (if they were very young) and subsequently as forced wives (although many witnesses also described that girls could become wives at any age). Soldiers were given ‘wives’ by Ongwen as rewards for ‘work[ing] well in attacks and battle’ (131).

The Prosecution defined forced marriage as a ‘forced exclusive conjugal relationship’ (502), which ‘irrevocably changed the status of its victims, both in the way that they perceived themselves and how they were perceived by others’ (509). Importantly, following prior jurisprudence of the Special Court for Sierra Leone, it stressed that it is not predominantly a sexual crime (510). Forced marriage captures harm not adequately addressed by charges of sexual slavery, including the violation of a victim’s right to consensually marry and establish a family: ‘The whole concept of marriage – its social status, property rights, inheritance rights, legitimising effect upon children, importance as the foundation of family unit, and potential source of comfort and companionship to marital partners – is perversely reconstructed for the victims of forced marriage’ (511). The crimes of forced marriage, according to the Prosecution, were a ‘gateway’ for the other SGBV crimes perpetrated by Ongwen and the LRA upon women and girls (508).

Ongwen will also be the first person ever in international criminal law to stand trial for forced pregnancy. The Prosecution stressed this crime includes both (en)forced impregnation and (en)forced maternity; its criminalisation is intended to protect the value of ‘reproductive autonomy’ (512). Recalling the confirmation of charges decision, the Prosecution reiterated: ‘the essence of the crime of forced pregnancy is in unlawfully placing the victim in a position in which she cannot choose whether to continue the pregnancy’ (513). Ongwen is charged as a direct perpetrator for forced pregnancies committed against his forced ‘wives’.

SGBV testimony prior to trial

This is also the first time (at least where it is publicly known) that the Office of the Prosecutor took testimony of witnesses before the start of trial, pursuant to article 56 (relating to a ‘unique investigative opportunity’). In September and November 2015, the Single Judge of Pre-Trial Chamber II heard testimony from seven of Ongwen’s forced ‘wives’ via video-link, following a request by the Prosecution to do so to preserve their testimonies for trial. In its request, the Prosecution noted the women lived in an ‘environment of pressure’ and that taking their testimony as soon as possible would, among others, prevent them from being subjected to societal pressure that may deter them from giving evidence, and would minimise their possible re-traumatisation.

The witnesses testified in the presence of both the Defence and the Prosecution. Interestingly, most evidence of rape and other facts relating to the forced marriage of the ‘wives’ were not challenged by the Defence during these article 56 testimonies, who was able to examine the witnesses during the hearings. However, the Defence has contested the Prosecution’s introduction into the trial record of these testimonies. Nonetheless, Trial Chamber IX has recognised the evidence as formally submitted in the trial proceedings (denying the Defence’s leave to appeal this decision), but has deferred its assessment on relevance and probative value until its trial judgment.

There is a lot more that can and should be said about the SGBV and other charges in this case; it will no doubt be a very interesting trial to follow.

You can watch the opening of the trial at 9:30AM tomorrow, 6 December, through the Court’s website (with a 30 minute delay for live streaming).

A previous version of this post appeared on IntLawGrrls.