Home » Blog » Another first at the ICC: convictions for offences against the administration of justice 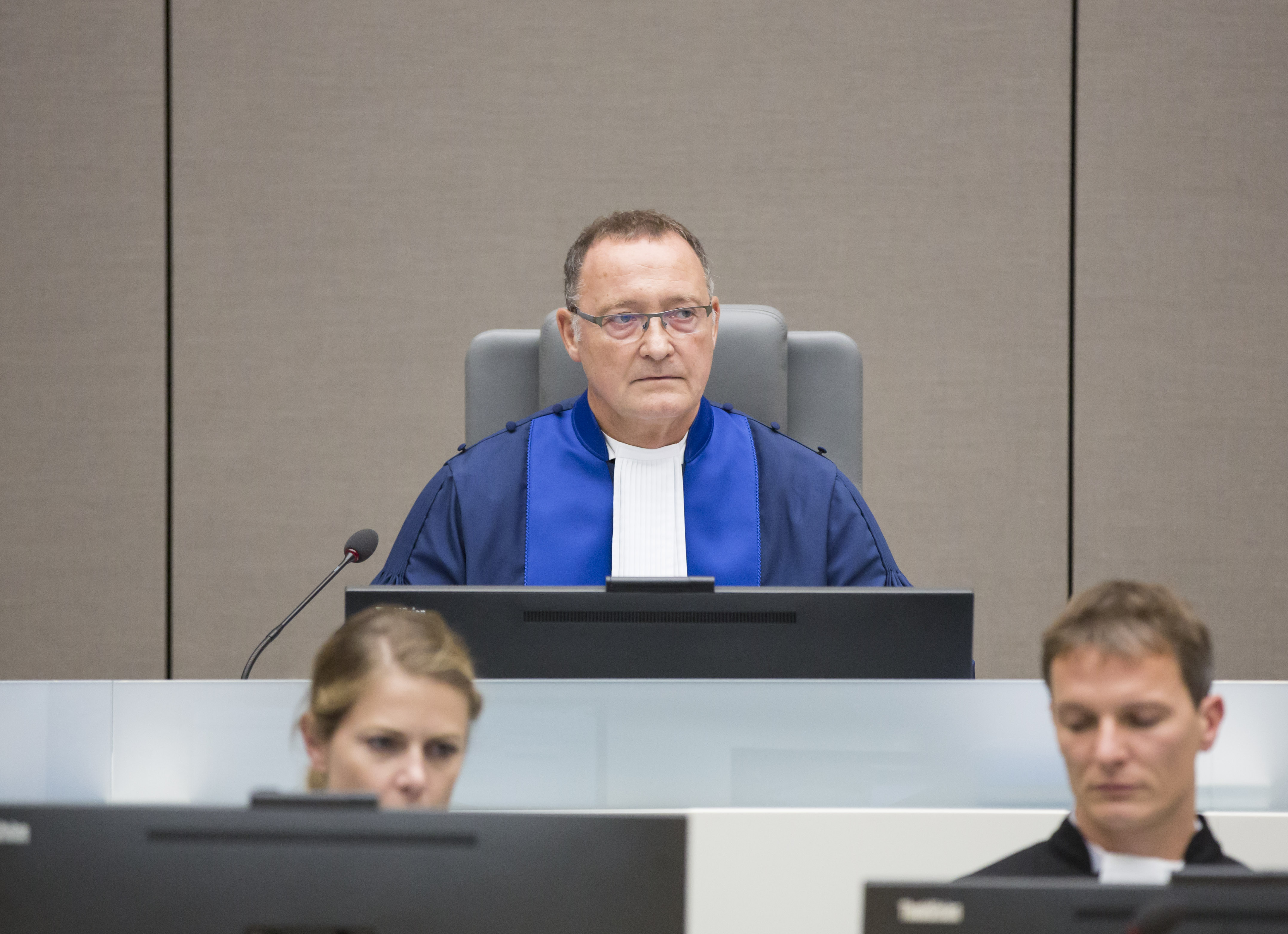 Photo Credit: ICC-CPI. Pictured here: Judge Bertram Schmitt at the delivery of the judgement in the Bemba et al case on 19 October 2016.

Another first at the ICC: convictions for offences against the administration of justice

As I have written before, this year has been a year of firsts for the International Criminal Court (ICC). The ICC delivered its first conviction for sexual violence (including based on rape of men) and the first for command responsibility in the case against Jean-Pierre Bemba Gombo (Bemba) in March. That same month, it also confirmed the highest number of charges against an accused person to date, including the broadest range of sexual and gender-based crimes, in the case against Dominic Ongwen. He is the first person ever in international criminal law to stand trial for charges of forced pregnancy, and the first before the ICC to face charges of forced marriage. His trial is scheduled to commence in December 2016. In September, the Court pronounced its first conviction for the war crime of intentionally directing attacks against religious and historic buildings in the Al Mahdi case, after his admission of guilt earlier this year (yet another first!). Just last week, the ICC held its first reparations hearings in the case against Thomas Lubanga Dyilo. And yesterday, 19 October 2016, saw the ICC’s first conviction for offences against the administration of justice in the case against Bemba et al.

Bemba, a former Congolese Vice-President, stood trial together with Aimé Kilolo Musamba, his former Defence counsel, Jean-Jacques Mangenda Kabongo, a former member of his Defence team, Fidèle Babala Wandu, a member of the DRC Parliament, and Narcisse Arido, a former potential witness for the Defence. Together they were accused of intentionally corruptly influencing 14 Defence witnesses and presenting evidence they knew to be false to the Court in the ‘main case’ against Bemba, which involved his responsibility for crimes committed by forces under his command in the Central African Republic in 2002-2003, and for which he was convicted in March.

Offences against the administration of justice under Article 70, although not one of the core crimes of the Rome Statute, appear to have become an issue in almost all cases before the ICC, and cannot be left unaddressed. While ideally the ICC should not be spending its already stretched resources on non-core crime issues, these cases are important because they send a message that the ICC will not allow interference with or obstruction of its procedures. Witness intimidation has very serious consequences even beyond the immediate case it affects. The security of witnesses and the ability of the ICC to ensure their safety is critical for witnesses to continue to come forward and testify. Leaving such instances unaddressed can not only jeopardise the ICC’s investigations and prosecutions into core crimes, but leave victims of these crimes exposed to increased security risks and intimidation. As Presiding Judge Schmitt said prior to issuing the Chamber’s verdict: “Such offences have significance because criminal interference with witnesses may impede the discovery of the truth in cases involving genocide, crimes against humanity and war crimes. They may impede justice to victims of the most atrocious crimes and ultimately may impede the Court’s ability to fulfil its mandate.”

In its judgment, Trial Chamber VII described the means of witness interference used by the defendants, which included the abuse of the Registry’s privileged phone lines in the ICC detention centre, the provision of secret phones to witnesses to remain in contact in violation of no-contact-orders, illicit transfer of money or provision of material benefits to witnesses, the promise of money and relocation to Europe in exchange for witnesses’ testimony, and the coaching, scripting, dictating and correction of witness testimony. The Chamber found that Bemba, Kilolo and Mangenda, as co-perpetrators, were part of this common plan to corruptly influence 14 Defence witnesses in the main case against Bemba, and presenting their false evidence to the Court. They also tried to interfere with the Prosecution’s investigations into these Article 70 offences, and systematically tried to circumvent measures put in place by the Chamber to guarantee the integrity of proceedings. Babala and Arido, although not part of the common plan, made efforts to contribute towards this goal. The Chamber thus found Bemba, Kilolo and Mangenda guilty as co-perpetrators of corruptly influencing Defence witnesses and inducing or soliciting their false testimony under Articles 70(1)(a), (b) and (c). Babala was convicted of having aided in the commission of the offence of corruptly influencing two Defence witnesses under Article 70(1)(c); Arido was found guilty of having corruptly influenced four Defence witnesses under Article 70(1)(c).

A separate hearing will be held in which the Trial Chamber will deliver the sentences in the case. For Article 70 offences, the ICC may impose a sentence of up to five years imprisonment and/or a fine. Kilolo, Mangenda, Babala and Arido will remain on conditional release pending the pronouncement of their sentence. Bemba, on the other hand, remains in ICC detention as he currently serves an 18 year prison sentence for crimes of rape, murder and pillage, for which he was convicted in March this year.

In closing the delivery of the verdict, the Trial Chamber reiterated that this judgement was not about judging the general practice of Defence teams at the ICC, or about criminalising legitimate Defence strategies, but concerned “clear and outright criminal behaviour” from the five co-accused and their abuse as members of a Defence team of their position. Presiding Judge Schmitt reiterated: “No legal system in the world can accept the bribing of witnesses, the inducement of witnesses to lie, or the illicit coaching of witnesses, nor can the ICC. Today’s judgement sends a clear message that the Court is not willing to allow its proceedings to be hampered or destroyed. It sends the message that those who try, do not go unpunished.”