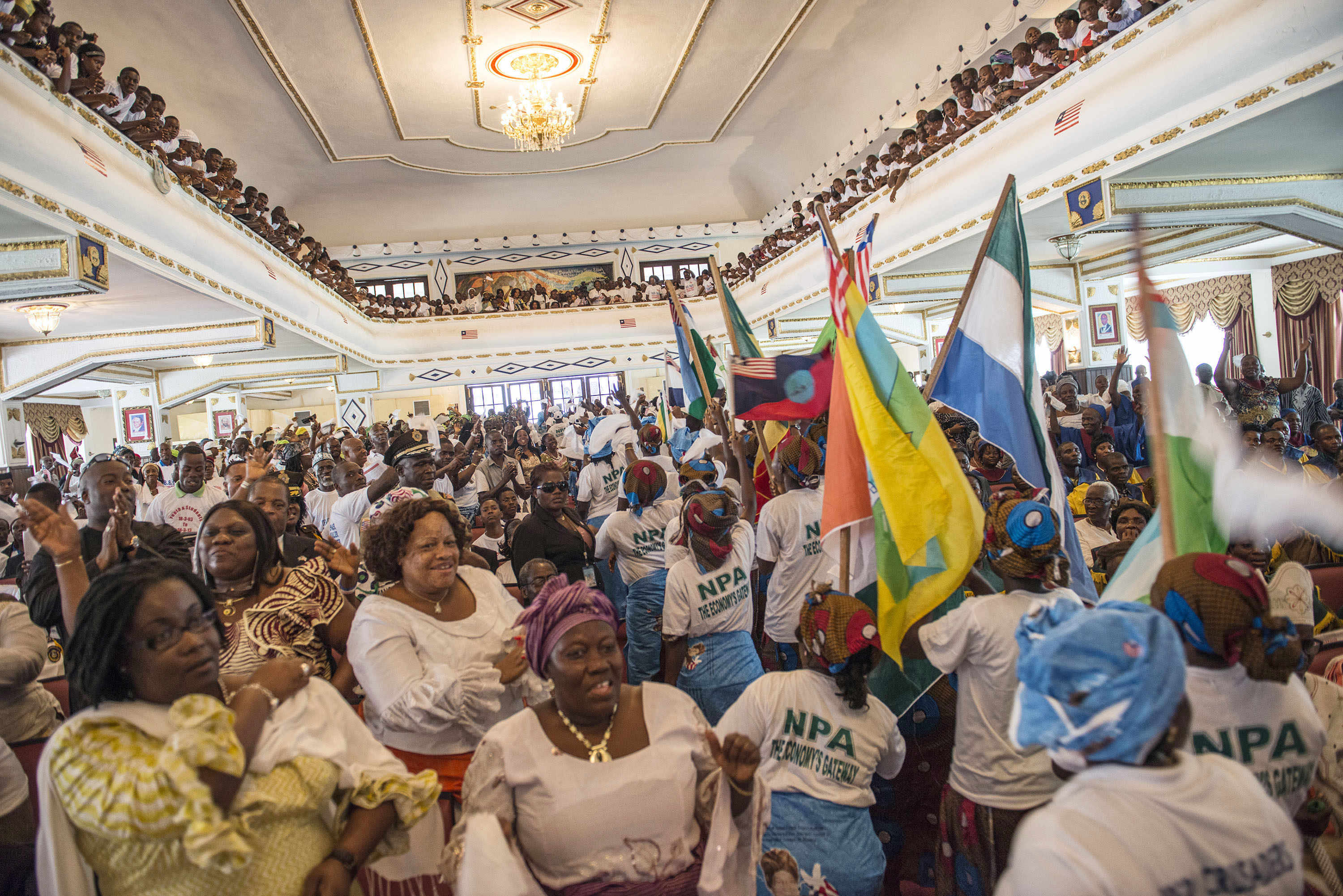 On 21 April 2017, the Dutch Court of Appeal in ‘s-Hertogenbosch issued a decision holding Mr Guus Kouwenhoven, a Dutch national, responsible as an accessory to war crimes committed in Liberia and parts of Guinea between August 2000 and December 2002. The decision, one of a few of its kind in the world, sets important legal precedent concerning corporate accountability for war crimes. As the president of the Oriental Timber Company (OTC) and director of the Royal Timber Company (RTC), Mr Kouwenhoven supplied weapons, and material, personnel and other resources to former Liberian President Charles Taylor and his armed forces; the resources were used to fuel their fight against a rebel group, the Liberians United for Reconciliation and Democracy (LURD). The court held Mr Kouwenhoven liable not only for directly violating a UN arms embargo in place at the time, but equally as an aider and abettor to war crimes that were committed using the resources he provided, including rape, pillage, murder, and inhumane treatment. The case contains a number of interesting aspects, only some of which will be discussed in this post.

The case against Mr Kouwenhoven

Mr Kouwenhoven’s trial before the Dutch courts has been a lengthy one. He was first charged in 2005 and subsequently convicted of violating the UN arms embargo by the district court in The Hague in June 2006. The district court acquitted him, however, of complicity for war crimes. In March 2008, the appeals court overturned the conviction for lack of evidence and ordered his release. The Dutch public prosecutor subsequently filed an appeal before the Dutch High Court, which overturned the appeals decision in March 2010 holding that the appeals court had improperly dismissed the testimony of two witnesses. It ordered a retrial before a different appellate court. The new appellate trial, delayed due to the Ebola outbreak in Liberia and Sierra Leone in 2014, finally commenced in February this year before the appeals court in ‘s-Hertogenbosch. The appellate trial relied upon new evidence uncovered during investigations conducted since 2010, including inspections in Liberia and new witness statements from witnesses in the Netherlands, Liberia, the United States, and Hong Kong.

The crimes for which Mr Kouwenhoven stood trial were alleged to have been committed during the second Liberian Civil War between 2000 and 2002, when Former Liberian President Charles Taylor was fighting a brutal war against LURD, who sought to overthrow his regime. The charges in this case related in particular to crimes committed in/near Voinjama and Kolahun in Lofa County in northern Liberia, as well as in/near Guéckédou, across the border in southern Guinea. Although the specific charges against Mr Kouwenhoven related to his having been “complicit in repeated violations of the laws and customs of war, to wit murder or rape”, the allegations covered a range of different war crimes. The court noted that unnamed (co-)perpetrators, members of Charles Taylor’s armed forces, indiscriminately fired at civilians and military targets, burned houses with civilians trapped inside, cut off people’s heads, smashed babies against walls to kill them, forced civilians to undress before shooting them, and raped women and children.

As director and president of two of the largest timber companies in Liberia, Mr Kouwenhoven’s business interests were closely tied to former President Charles Taylor’s political, financial, and personal interests, belonging to his so-called second ‘inner circle’ of influential executives. Mr Kouwenhoven maintained frequent contact with Charles Taylor, who had financial interests in his two companies and frequently received payments and other resources. In exchange, Mr Kouwenhoven gained access to large swathes of territory for the exploitation of timber and was given de facto control over the Buchanan port.

The court noted that Mr Kouwenhoven used his companies OTC and RTC to import, store, and distribute weapons in Liberia, in clear violation of the UN arms embargo. He provided Charles Taylor with trucks for the transportation of armed forces, weapons and ammunition, and facilitated the import of weapons and ammunition in the port of Buchanan. He also actively encouraged his employees to support Charles Taylor, such as by unloading weapons from his ships in Buchanan and transporting them to various places in Liberia or participating actively in the fighting, and threatened those who refused with dismissal. He also allowed the armed forces access to an RTC camp, effectively used as a meeting place and a mechanism for storage and resupply of weapons to the frontline. The case thus revolved around his (indirect) responsibility through providing support and assistance to the commission of crimes, as well as his direct responsibility for violating the UN arms embargo in force at the time.

The decision sets important precedent in relation to corporate accountability for war crimes. Importantly, Mr Kouwenhoven is not convicted of directly perpetrating or ordering international crimes himself. Rather, the court held that he made an “active and conscious” contribution to the commission of serious violations of international humanitarian law, by the provision of material, personnel, and other resources through his businesses in Liberia. Although he had been charged in the alternative as (co-)perpetrator and as an accessory to the crime, he was ultimately convicted as an aider or abettor.

The court did not find that Mr Kouwenhoven was part of a common plan to commit war crimes, or “knew” that the weapons and ammunitions he supplied were going to be used by others for their commission. Instead, the court held that by providing weapons and ammunition, by allowing his armed personnel to join the Liberian Combined Armed Forces, by violating the UN arms embargo, and by allowing the RTC camp at Bomi Wood to be used as a collection and distribution site, Mr Kouwenhoven “must have been aware” that “in the ordinary course of events” those weapons and ammunition would be used. Relying upon a letter written by Mr Kouwenhoven and a number of witness statements about his close ties to Charles Taylor, the court further held that his contribution to the crimes was such that he intended to facilitate and promote their commission. However, the court remained in the dark as to his exact motive for contributing to the commission of crimes (Mr Kouwenhoven has refused to speak to this and has consistently denied the allegations).

The court discussed in detail Mr Kouwenhoven’s business dealings in Liberia since the 1980s, noting that he ran Hotel Africa in Monrovia for a number of years, managed a BMW garage, and a small airline company. In 1986, he opened his first timber company, Timco, but was forced to stop his activities in 1990 when the First Liberian Civil War broke out; he fled to Sierra Leone. The court noted that he must have been aware of the cruelties being committed by Charles Taylor at that point. Mr Kouwenhoven later returned to Liberia, and established RTC and subsequently OTC. In 2003, he was again forced to flee because of the ongoing violence. The court relied upon this evidence to conclude that Mr Kouwenhoven, having lived in Liberia for at least two decades, having fled several times and returned, and maintaining close ties to Charles Taylor, “must have had certain knowledge” of the political and ethnic conflicts, and must >have known about the nature of crimes being committed. The court also relied upon statements made by Mr Kouwenhoven that confirm his knowledge that the conflicts in Liberia were not fought “in accordance with the Geneva conventions”. Finally, the court observed that both in the Netherlands and in France (where Mr Kouwenhoven owned an apartment), the media published widely about the cruelties being committed in Lofa Country and Guéckédou; this strengthened claims around Mr Kouwenhoven’s awareness.

In other words, the court concluded that Mr Kouwenhoven “knowingly exposed himself to the substantial chance that the weapons and ammunition he provided would be used by others to commit war crimes and/or crimes against humanity”. Importantly, the court held that this included both those crimes for which the weapons and ammunition were used directly (such as shooting civilians), as well as indirectly, i.e. when the threat of the presence of weapons and/or armed forces was used to commit crimes, such as rape or pillage. The court further held that he was aware of the cruel nature of the armed conflict being fought by Charles Taylor, and that he knowingly accepted the risk that his assistance facilitated the commission of war crimes and/or crimes against humanity. Mr Kouwenhoven was thus held liable as an aider or abettor.

Being convicted as an aider and abettor, however, did not in any way diminish his responsibility; in fact, the court specifically noted the seriousness of his contribution to the crimes in sentencing him to 19 years imprisonment. In doing so, the court reiterated the preventative or deterrent value of this judgment: “international businessmen, such as the accused, who do not hesitate to do business with regimes like Charles Taylor’s, are firmly put on notice that they can become involved in, and be held criminally liable for, (international) crimes (against humanity).”

Obligation to prosecute & no amnesty for international crimes

Mr Kouwenhoven’s defence attorney had claimed that the charges against him were inadmissible because the Liberian ‘Act to grant immunity from both civil and criminal proceedings against all persons within the jurisdiction of the republic of Liberia from acts and crimes committed during the civil war from December 1989 to August 2003’ applied. This Act was adopted by Charles Taylor on 7 August 2003, four days before he fled the country. The court dismissed her arguments on various grounds, and in doing so included important dicta on the inapplicability of amnesties for international crimes and the obligation of states to prosecute war crimes and crimes against humanity.

Former Liberian President Charles Taylor was convicted by the Special Court for Sierra Leone in 2012 for 11 counts of war crimes, crimes against humanity and other serious violations of international humanitarian law, committed in Sierra Leone. He was sentenced to 50 years imprisonment (both the conviction and sentence were upheld on appeal). He has not, however, been tried for crimes committed in Liberia. The Dutch court’s decision holding Mr Kouwenhoven accountable for his complicity in war crimes, therefore, not only puts businesses on notice about their potential criminal liability for doing business with (suspected) war criminals, but equally brings a small (if belated) measure of justice to victims in Liberia.

[The full judgment (in Dutch only)]