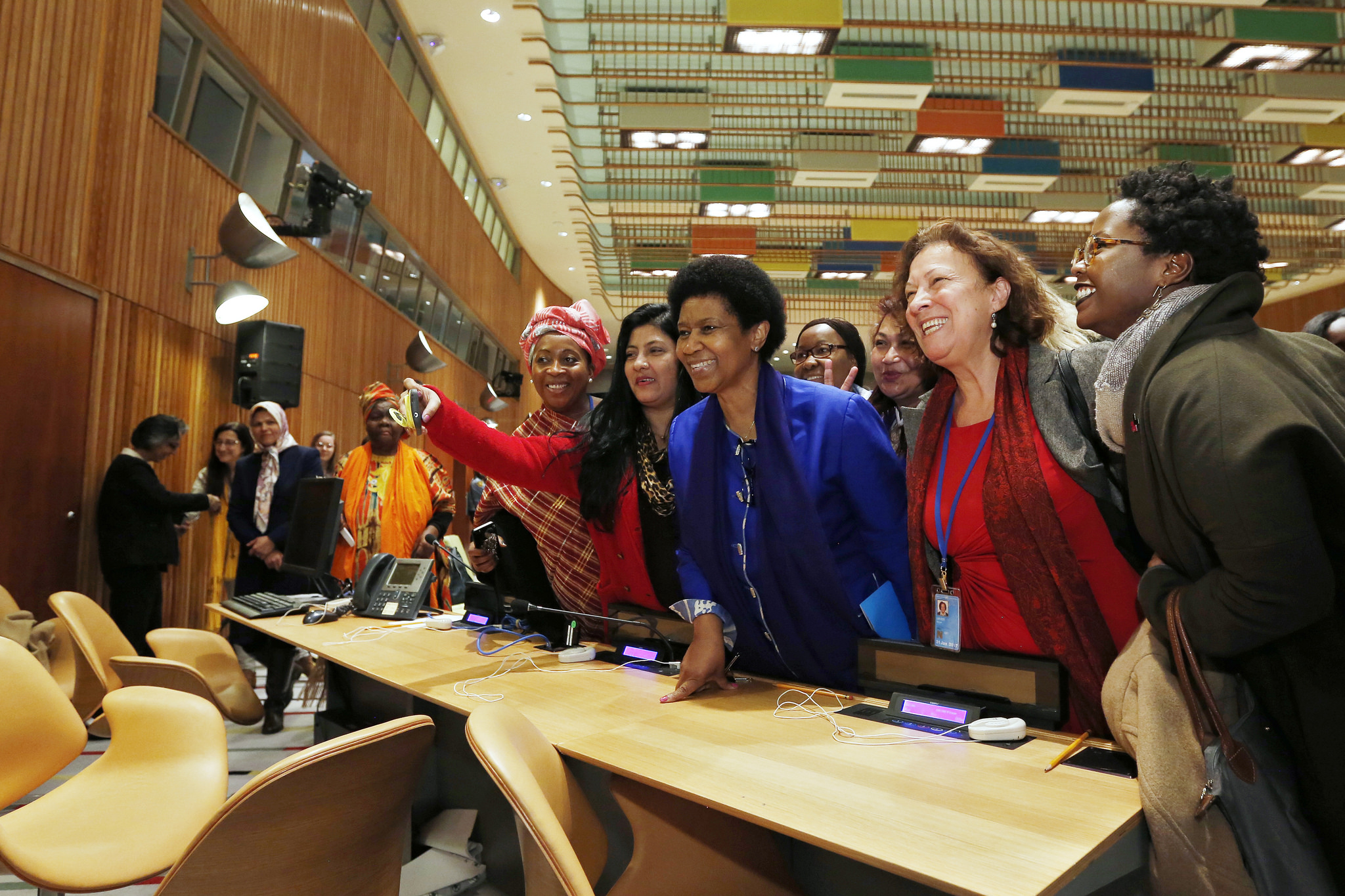 Fifteen reasons we need to focus on women #SOU2016

In May 2016, the European University Institute will host the sixth edition of the State of the Union, an annual conference for high-level reflection on the European Union. This year, the conference will feature keynote speeches, discussions, and roundtables on the theme “Women in Europe and the World”. I have heard some people wonder, why this focus on women? Here are fifteen reasons to give you food for thought:

1 | Because globally women account for half the workforce but on average still earn 24% less than men. Although some claim that the gender pay gap is diminishing because in certain countries, such as the UK, women in their 20s and 30s earn more than men, this 1.1% triumph for women in their 20s (reduced to only 0.2% in their 30s) quickly descends into a 13.6% pay gap in favour of men by the time they turn 40 (and increases to 18% by the time they are 50). Women in the UK have children later, which just means the gender pay gap displaces, rather than disappears.

2 | Because women account for over 60% of the world’s illiterate, and more than 62 million girls around the world are not in school. Increasing women’s and girls’ literacy and education not only gives them greater and more equal chances in life, but positively impacts their earning power and the situation of their children. Literacy is key to women’s empowerment and general development of families and communities.

3 | Because between 1992 and 2011, only 9% of negotiators at peace tables were women, yet in contemporary conflicts 90% of victims are civilians many of whom are women and children. There has never been a female UN-appointed chief mediator in any peace negotiation. Actively involving women in peace processes not only recognises women’s agency (as opposed to just their victimisation) but actually leads to more sustainable peace.

4 | Because men represent 95% of CEOs of the world’s largest corporations. The glass ceiling is real.

6 | Because worldwide, 1 in 3 women will experience physical or sexual violence at some point in their lives, most likely by an intimate partner (and this is even an underestimation because of the high levels of underreporting). In the European Union, 1 in 2 women has experienced sexual harassment, and 1 in 5 has suffered domestic violence.

7 | Because discrimination, sexism, and the objectification of women is all around us. #YesAllWomen

8 | Because women remain significantly underrepresented in decision-making roles. While there are notable exceptions, such as Rwanda with 63.8% women in the lower house, worldwide only 22.6% of parliamentarians are women. As the 1995 Beijing Platform for Action so aptly states: “Women’s equal participation in decision-making is not only a demand for justice or democracy, but can also be seen as a necessary condition for women’s interests to be taken into account. Without the perspective of women at all levels of decision-making, the goals of equality, development and peace cannot be achieved.”

9 | Because “men need to be as ‘risky’ to hire as women“. Still too often, women are by-passed for promotions because the assumption is that they will (soon) have children and will therefore exit the workplace, at least temporarily, or are not able to commit fully because of their care-taking responsibilities.

10 | Because when women do have access to the labour market, they often bear the “double burden” of work and care. Women bear disproportionate responsibility for care, which is not recognised as work. Taking care of children is still too often seen as a woman’s “natural” job, without recognition (monetary or otherwise). When combining paid and unpaid work, women in fact work more than men, leaving less time for education, leisure, or political participation, which in turn has negative consequences on general equality. In the European Union, 25% of women report care and other family duties as the reason for their exclusion from the labour force, compared to only 3% of men.

11 | Because more than 700 million women alive today were married before the age of 18; 1 in 3 were married before the age of 15, some as young as 8 or 9. While boys are also married as children, the numbers of girl brides far outweighs them. Child marriage exposes these girls to all kinds of risks including early pregnancies and STDs. Once married, girls often leave school, depriving them of an education that might break cycles of poverty.

12 | Because around 39% of the world’s population live in countries where abortion is prohibited or only allowed if a woman’s life is at stake. In some countries, like El Salvador, there are no exceptions to the prohibition and women who have experienced a miscarriage have been arrested for murder. The countries with a complete prohibition include one of the EU’s own: Malta.

13 | Because too often at academic conferences people forget to ask “where are the women?”. We must no longer support #AllMalePanels, and call out those who do.

14 | Because gender bias in science is real, and often obscured in so-called “objective” reasoning. In this 2012 study, participants were given identical CVs with one crucial difference: the applicant was presented as either a male or female student. The results: systematically, both women and men evaluated the female applicant as lesser qualified often using “ostensibly sound reasoning” to do so. Even in situations where we may think we are equal, unconscious biases obstruct gender equality.

15 | Because attitudes and perceptions in the European Union that certain forms of violence against women are “acceptable” and “not very serious” are still very prevalent, as illustrated by this 2015 report. Victim-blaming in cases of rape and sexual violence are equally high. A significant number of respondents also favoured non-intervention, seeing violence against women as “a private matter”.

But, above all, because women’s equality is not just a “women’s issue”. It is a human rights issue that affects us all, women, men, girls, and boys. That is why it matters that this year’s State of the Union focuses on Women in Europe and the World.

Listen to the 2016 International Women’s Day EUI Podcast, moderated by Olivia Arigho Stiles, in which Brigid Laffan and I discuss the challenges faced by women in the world today.