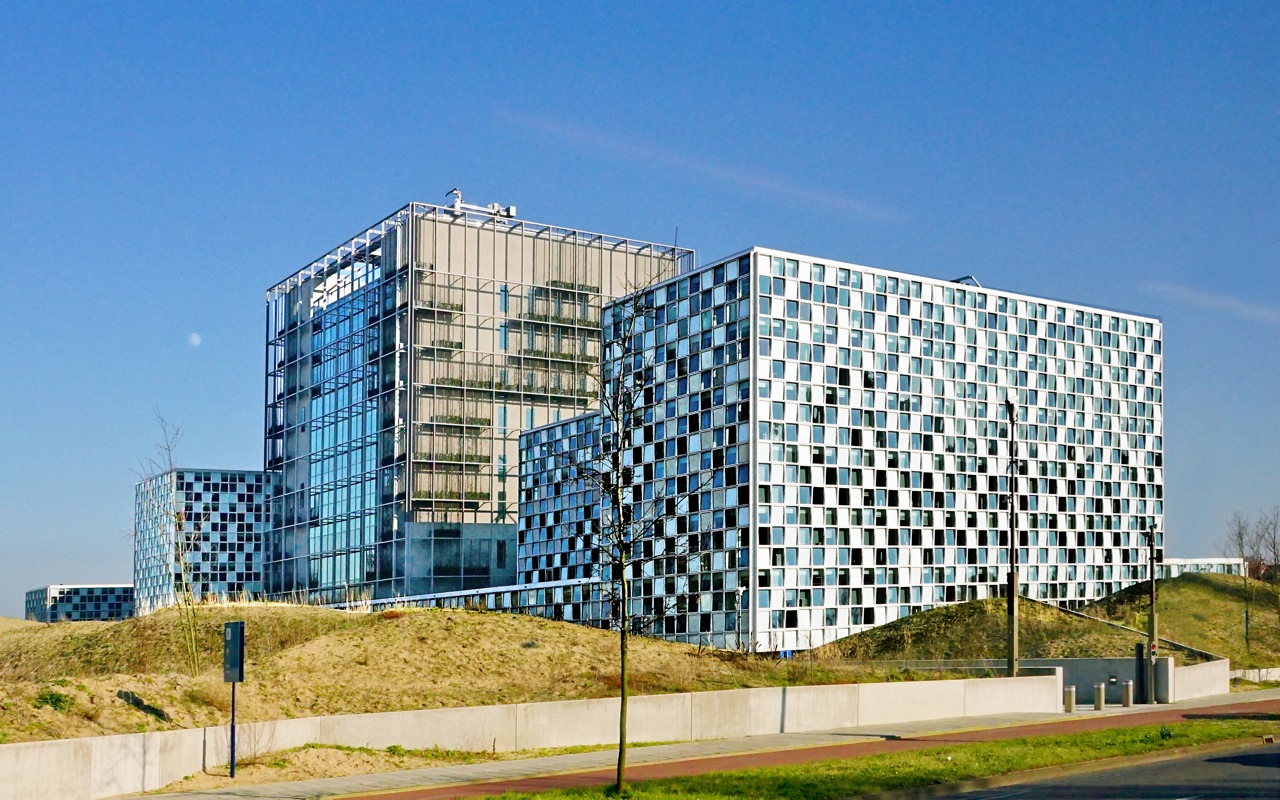 Photo Credit: Roel Wijnants. In this photo: Permanent Premises of the International Criminal Court, The Hague, the Netherlands.

Yesterday was a historic day for the International Criminal Court (ICC). In a landmark judgment, Trial Chamber III – incidentally the only ICC bench composed entirely of female judges – unanimously convicted Jean-Pierre Bemba Gombo (Bemba) for his responsibility as commander-in-chief for crimes of murder, pillage, and rape committed by soldiers under his effective authority and control in the Central African Republic in 2002-2003. This makes Bemba not only the first person to be convicted by the ICC for crimes committed by troops under his command, but also the first person to be convicted by the ICC of sexual violence. I have not finished reading the 364-page judgment in full, but here are some initial highlights and reflections on these two questions. Citations are to paragraphs in the judgment.

As I wrote earlier, Bemba stood trial (and was convicted) as President and Commander-in-Chief of the Mouvement de libération du Congo (MLC) for three counts of war crimes (murder, rape, and pillaging) and two crimes against humanity (murder, and rape) committed by MLC soldiers in the Central African Republic (CAR) in 2002-2003. The MLC had entered the CAR to assist then CAR President Ange-Felix Patassé to suppress an attempted military coup. There, the MLC soldiers engaged in a campaign of pillage, murder, and rape against the civilian population. While he did not commit these crimes himself, Bemba stood trial because “he knew” that his troops were committing these crimes, and “did not take all necessary and reasonable measures within his power to prevent or repress their commission”. Bemba is the first person to have been charged at the ICC with command responsibility under article 28 of the Rome Statute. The Trial Chamber included a detailed analysis of the applicable law under article 28, and of the evidence in relation to Bemba’s responsibility.

The Chamber found that Bemba was the MLC’s military and political leader from its creation throughout the entire period of the charges. He took the most important decisions, and held broad formal powers, including controlling the MLC’s funding and issuing operational orders to commanders in the field. The Chamber stressed: “the determination of whether a person has effective authority and control rests on that person’s material power to prevent or repress the commission of crimes or to submit the matter to a competent authority” (698). It found that Bemba maintained such primary disciplinary authority over his troops in the CAR, and that he was “both a person acting as military commander and had effective authority and control over the contingent of MLC troops in the CAR throughout the 2002-2003 CAR Operation” (705).

The Chamber also discussed a broad range of evidence proving Bemba’s knowledge of the commission of crimes by the MLC, including logbooks and intelligence reports, NGO publications and communications, and local and international media sources (706-718). Bemba was in regular communication with his commanders in the field, received updates on troop movements, politics, combat situation, and allegations of crimes, and at times specifically discussed these international reports with his commanders. As it was clearly established that Bemba knew crimes were being committed, the Chamber felt it was “not warranted” to make determinations on the “should have known” element of article 28(a).

Discussing some of the measures Bemba took to respond to allegations of crimes, the Chamber noted these were “grossly inadequate” and not genuine (727). Notably, the Chamber found that the limited measures Bemba took were “primarily motivated” by his desire “to counter public allegations and rehabilitate the public image of the MLC” (728). They related only (and even then to a very limited extent) to public allegations of crimes. Internal intelligence reports on crimes were not followed up on.

The Chamber further held that, as the ultimate disciplinary authority, Bemba exercised authority to investigate and prosecute crimes, but that he failed to exercise such authority properly. Bemba “made no effort to refer matters to the CAR authorities or to meaningfully cooperate with international efforts to investigate alleged crimes” (733). Furthermore, Bemba failed to take all necessary and reasonable measures to prevent repress or punish crimes, to remedy deficiencies in training, or to exercise his control properly. The Chamber also criticised the lack of adequate training provided to the MLC soldiers, and the absence of any “hierarchical examples indicating that the soldiers should respect and not mistreat the civilian population” (739). These failures, in the Chamber’s view, directly contributed to the continuation and further commission of crimes.

For all of these reasons, the Chamber found established beyond a reasonable doubt that Bemba was responsible under article 28(a) for the crimes of rape, murder, and pillaging as war crimes, and for rape and murder as crimes against humanity committed by his MLC soldiers in the Central African Republic. Bemba’s conviction thus puts other military commanders around the world on notice: failure to take measures to address crimes committed by your troops, to provide clear training, order, and hierarchical examples, or adequate payments to avoid “self-compensation” through pillage or rape, among other things, can render you individually criminally liable.

Importantly, the rape charges in this case were based on evidence from both male and female victims of rape. The trial judgment describes in quite some detail specific acts of rape committed against both men and women. The Chamber heard testimony about rape in public, rape in front of family members and communities, gang rapes, and rape of young girls, some as young as 10 years old. Men were also raped, including when trying to prevent their wives or daughters from being raped. Rapes were often committed in conjunction with other crimes, such as pillaging, and marked by violence, often including beatings and threats with weapons.

The judgment reiterates many of the Rome Statute’s important gender sensitive legal standards. The Chamber emphasised that rape under the Rome Statute is a gender-neutral crime: it is committed by the “invasion” of a part of the victim’s body (or that of the perpetrator) by “a sexual organ”, can include same-sex penetration, and can thus encompass both male and female perpetrators and victims. Oral penetration can also amount to rape (100-101). The Chamber also recalls that invasion using objects or any other part of the body constitutes rape under the Rome Statute (99). The fact that acts are committed by force, threat of force or coercion, by taking advantage of a coercive environment, or against a person incapable of giving genuine consent for the Chamber gives the invasion of a body “a criminal character” (102). The Chamber reiterated that a victim’s lack of consent is not a legal element of the crime of rape under the Rome Statute (105). Finally, the Chamber noted that in analysing the evidence, it was guided by Rules 70 and 71, which detail important principles regarding evidence of sexual violence.

The Chamber also discussed evidence regarding the motivation behind the crimes, noting that MLC soldiers sought to punish civilians for perceived support for the enemy, or looted and raped as a way of “self-compensat[ing]” for lack of sufficient remuneration (678). The Chamber noted that the MLC considered rape victims “war booty”. Rape was intended to humiliate and punish victims, and to destabilise communities. Highlighting the broad range of consequences for victims, such as “significant medical, psychiatric, psychosocial, and social consequences, including PTSD, HIV, social rejection, stigmatisation, and feelings of humiliation, anxiety, and guilt” (567), the Chamber noted that such objectives were often realised.

Evaluating all the evidence, the Chamber found that “perpetrators, by force, invaded the bodies of [at least 28] victims by penetrating their vaginas and/or anuses, and/or other bodily openings with their penises” (633), and did so “knowingly and intentionally” (637). The acts were part of the MLC’s modus operandi. Importantly, the Chamber held that “these multiple acts constituted a course of conduct, and not merely isolated or random acts” (671). Relying on certain identifying characteristics, such as language, uniforms, and the exclusive presence of the MLC in the relevant locations, the Chamber found established beyond a reasonable doubt that the MLC committed rape as both war crimes and crimes against humanity.

Significantly, as during the trial itself, the Chamber displayed great sensitivity to the impact of the rapes on victims, and the need to consider those difficulties during testimony and in evaluating the evidence. The Defence had challenged inconsistencies and omissions in the testimonies of many direct victims of sexual violence. For instance, one victim of rape had not reported the crime to her family lawyer (but did speak to ICC investigators) because of the shame she felt in her community. Another victim had been inconsistent regarding her age at the time of the crimes. For the Chamber, however, these discrepancies did not discredit or undermine their testimonies. In fact, the Chamber noted that such inconsistencies “can be explained by the lapse of time between the events and the testimony, the traumatic circumstances, and … difficulties discussing such personal scenes in court” (492). It continued to rely on their testimonies.

Finally, noting that although the charges of rape as a war crime and crime against humanity are based on the same underlying conduct, these are not “impermissibly cumulative” because war crimes and crimes against humanity “have materially distinct elements” (743-751).

From a first quick read, the ICC’s first (and long awaited) conviction for sexual violence seems to be a strong judgment. As the first sexual violence conviction, this will also be the first time a reparations order at the ICC will specifically address rape. His conviction as commander for crimes committed by his troops is equally significant.

We now await a decision by the Chamber on the appropriate sentence. Issues regarding reparations will also be determined in due course. Stay tuned!