Home » Blog » So how many Cumainn na mBan are actually out there? 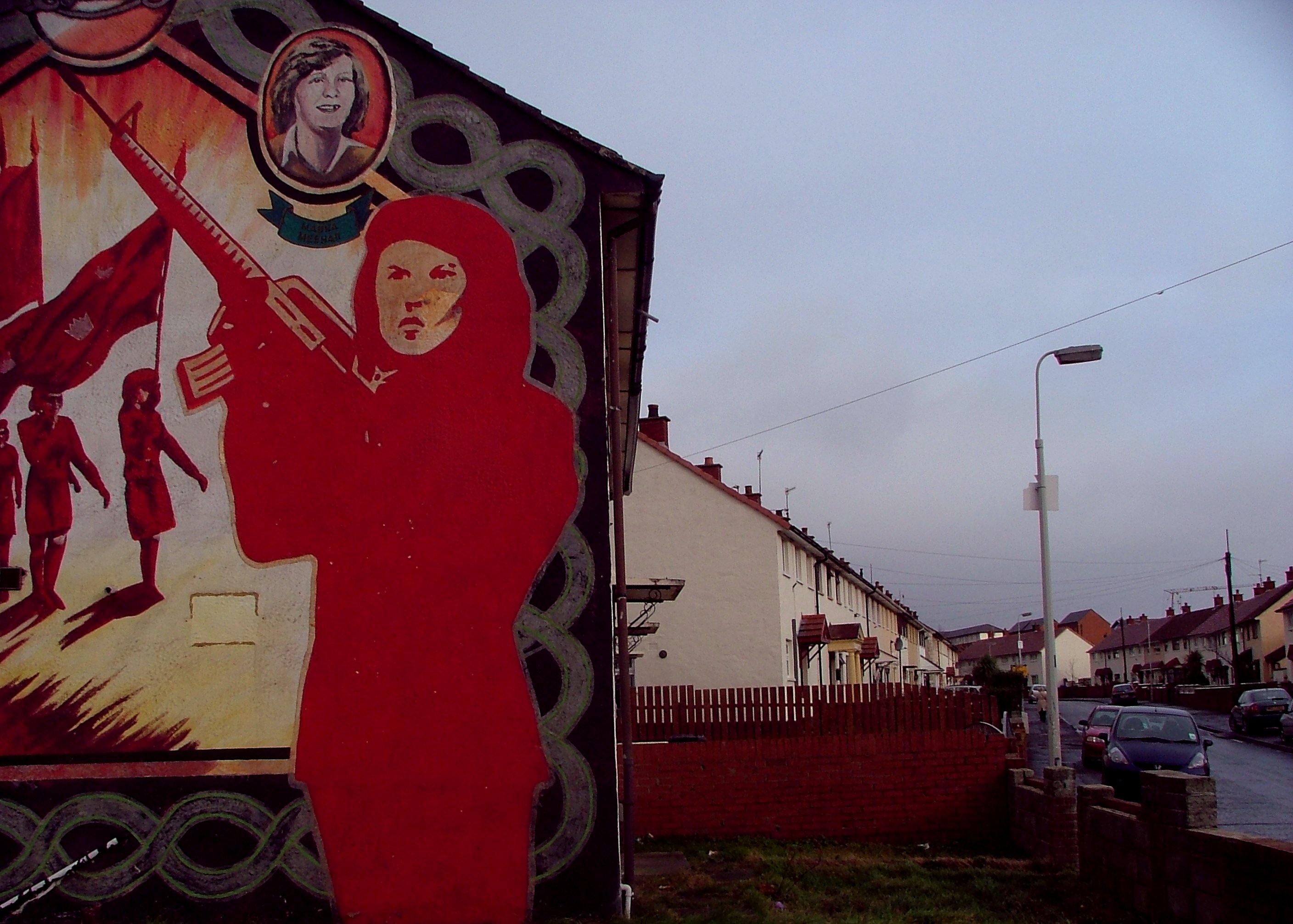 So how many Cumainn na mBan are actually out there?

Cumann na mBan is an Irish Republican women’s organisation founded in April 1914 in response to the all-male Irish Volunteers. Today, 102 years later, the organisation is still in existence as a proscribed terrorist organisation under British law. In recent years, I have regularly published on the history this organisation (2013, 2016a, 2016b; another article is under review and monograph on Cumann na mBan during Northern Ireland conflict with be out in February 2017).

In the course of my research I interviewed 25 members and former members of the organisation. Among its known activists is former Republican prisoner Josephine Hayden who served a prison sentence in Limerick Prison during the late 1990s. Another activist is Peig King, the current Patron of Republican Sinn Féin. In an interview with me she said:

Cumann na mBan never deviated the slightest, they were on the same road up until now. No matter where the [Irish Republican] Army went or where Sinn Féin went, they were always there. And when they read the situation, they aligned themselves with those who were going the right way. And that’s where they are still. (…) Because they were going on that road since 1916.

King joined Cumann na mBan’s youth wing, Cumann na gCailíní, back in the 1940s and remained with the same organisation since then. During all these decades, the Republican Movement has witnessed a number of splits. Among these were the 1946 formation of Clann na Poblachta, small splits and splinters in the North during the 1950s; the Official-Provisional-schism in 1969/70; the walk-out at the Sinn Féin Ard-Fheis and the formation of the Continuity Army Council in 1986; and the defection of the 32CSC and the Real IRA from the Provisionals in 1996/7. A number of organisations emerged throughout these years, new movement were formed, other dissolved, some of them used the name Sinn Féin, some used the name of the IRA, and others built their own youth wing using the name “Fianna Éireann.” So where does Cumann na mBan stand in all this?

Let me run you through Cumann na mBan’s role in the history of Irish Republican splits in order to understand. Cumann na mBan were formed by about one hundred women in Dublin back in April 1914. These women were among the most radical anti-British agitators of the early 20th century. Unsurprisingly, the first major split of 20th century Irish Nationalism, the one between Irish Volunteers and National Volunteers, hardly effected the organisation.

The Republican women played their role in the Easter Rising of 1916, although active involvement in the fighting was prohibited for Cumann na mBan. Thus, some of its members joined the more progressive Irish Citizens’ Army of James Connolly. Nonetheless, the years after 1916 saw a rapid growth of the women’s organisation. Branches spread all over Ireland and Scotland and its membership numbers easily exceeded 10.000. When the Anglo-Irish-Treaty was to be signed in 1921, ending the War of Independence and partitioning the island, it was Cumann na mBan who opposed it loudly and principled as an organisation. Yet, not all members were convinced that their leadership took the correct position and left the organisation forming a new pro-treaty women’s organisation under the name Cumann na Saoirse. To be sure, while members split from the national body of Cumann na mBan, those leaving did not intend to maintain the organisation’s name and legacy, instead they formed a completely new group.

Further divisions, splits, and splinters occurred in the Republican Movement during the 1930s, 40s, and 50s (Republican Congress, Clann na Poblachta, Saor Uladh, Saoir Éire, etc.) and while membership of the women’s organisation continuously dwindled, none of these new groups intended to claim the name and legacy of Cumann na mBan.

It was only in 1968 that Cumann na mBan saw itself in the centre of a bitter struggle within the Republican Movement that ultimately resulted in the formations of the Provisionals and the Officials. This split has been analysed in detail and I refrain from repeating what can easily be accessed in the literature. Hence, I merely focus on Cumann na mBan and paraphrase their development between 1967 and 1970.

In 1967, members of Cumann na gCailíní refused to march at a centenary parade commemorating the Manchester Martyrs when they spotted a Communist contingent unfolding red flags at the parade. The girls were from the Lower Falls branch of Cumann na gCailíní and had travelled for the parade from Belfast to Manchester. Similar scenes recurred at the annual Wolfe Tone Commemoration in Bodenstown the following year. The Communist Youth Movement had carried their banners, thus, Cumann na mBan only marched under protest. Tension between the Republican leadership and Cumann na mBan intensified until the women’s organisation finally left the movement. Bodenstown 1969 was boycotted by Cumann na Ban. Instead, they issued a statement explaining themselves.

However, individual branches of the women’s organisation objected with the leadership’s line and split form the organisation. The most notable group was a majority section of the Dublin branch, then led by May McLoughlin, the wife of then Sinn Féin and later Workers’ Party President Tomás MacGiolla. When the split in the movement occurred, Cumann na mBan pledged its allegiance to the newly formed Provisional Army Council in spring 1970; May McLoughlin and sections of her Dublin branch joined the Official Republican Movement. Instead of forming their own Official Cumann na mBan these women were absorbed into the Official IRA. In September 1970, the Provisionals followed the example and also accepted women Volunteers of the IRA.

Those women that did not join the Provisional IRA remained in Cumann na mBan. The 1970s were the most active period of the organisation since 1923. Yet, political change was coming and the women, defenders of principled Republicanism, were obvious opponents to these new developments – as they were in 1921/2 and 1968.

In December 1977, the Irish police had arrested Republican leader Seamus Twomey in Dublin and found a document which, among other things, suggested the liquidation of Cumann na mBan. Northern IRA leaders were already recruiting women solely into the IRA and actively sideling the women’s organisation.

The Provisionals had already prepared for the break-up of Cumann na mBan by recruiting women into the IRA and setting up of a Sinn Féin Women’s Department in the early 1980s. Thus, there were no attempts to set up an opposing Provisional Cumann na mBan group. Instead, they claim that the women’s organisation ceased to exist in the 1970s. That is clearly a case of re-writing history, considering the fact that the British Government still list it as a terrorist organisation.

With the 1986 split, Cumann na mBan had cut its roots with the Provisional Republican Movement. Thus, none of the more recent splits such as 32CSC/32CSM, éirígí, or the Real IRA set up their own versions of Cumann na mBan; also the newer organisation such as RNU, the 1916 Societies, ONH, or New IRA made no attempts yet either. In essence, while the name Sinn Féin is contested, besides there is a RSF-affiliated Fianna Éireann group and both 32CSM and RNU made in the past various attempts to set up their own Fianna groups, and there is a mingle-mangle of groups and individuals using the term “IRA,” there is only one Cumann na mBan. One might argue that groups and individuals had split from this organisation in the past 102 years but, ultimately, there was always only one Cumann na mBan and this is still the same women’s organisation as the group founded in April 1914.