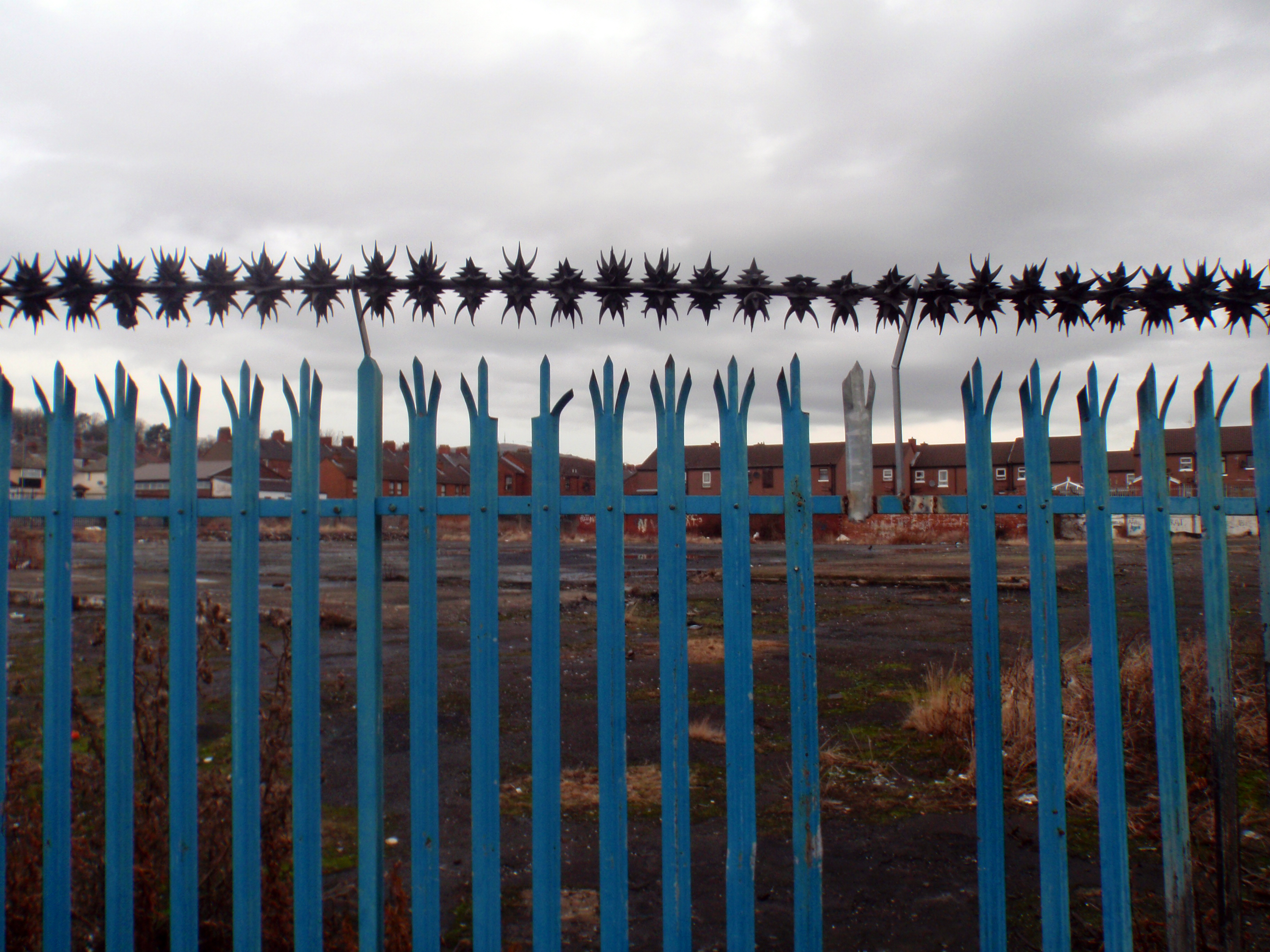 Thanks to the legacy of the conflict in the North of Ireland, Oral History research is under fire. The British and Irish governments, together with the five major parties in the North of Ireland reached the Stormont House Agreement on 23 December 2014. This agreement includes the establishment of an Oral History Archive (OHA) “to provide a central place for people from all background (…) to share experiences and narratives related to the [Northern Irish] Troubles.” Immediately following the publication of this document, writer and renowned commentator Ed Moloney called for the boycott of this archive, writing on his blog The Broken Elbow: “Boycott this OHA (…) openly, publicly and loudly.” Although, Moloney’s opinion is radical, I will argue that it is the only correct position and it should be echoed by all academics working in the field.

Calling for the boycott of an official archive aimed at collecting the memories of one of the darkest periods in modern European history is a strong statement. Therefore, one needs to take a closer look at the proposed Oral History Archive to understand Moloney’s call. According to the Northern Ireland (Stormont House Agreement) Bill 2015: Summary of Measures, issued by the Northern Ireland Office in September 2015, the OHA is “a central place for people from all backgrounds to share experiences and narratives related to the Troubles and to draw together existing oral history projects.” (p. 3) Furthermore, it says that “the OHA will have two functions: first, to receive and preserve oral histories collected by others and, second, to collect and preserve new oral histories from individual contributors.” (p. 30) Moreover, the bill includes following passage:

The OHA will not be exempt from any court order served for the release of information in an oral history held by the archive, including requests for disclosure in relation to criminal investigations. Nor will it be exempt from any statutory duty to report crimes. (p. 31f.)

In particular, this part on the “duty to report crimes” lead Moloney to the following conclusion on his widely read blog The Broken Elbow:

It goes without saying that any former member of any of the North’s various paramilitary groups, either Republican or Loyalist who decides they wish to tell his or her story honestly, frankly and completely, would have to be completely insane to co-operate in any way with the Oral History Archive.

All they would be doing is talking themselves into a jail term. (…) As an idea designed to discover the truth of what happened during the Troubles, the OHA as described in this Bill is a piece of lunacy. (Ed Moloney, Stormont Oral History Archive Must be Boycotted, The Broken Elbow, 28 September 2015) 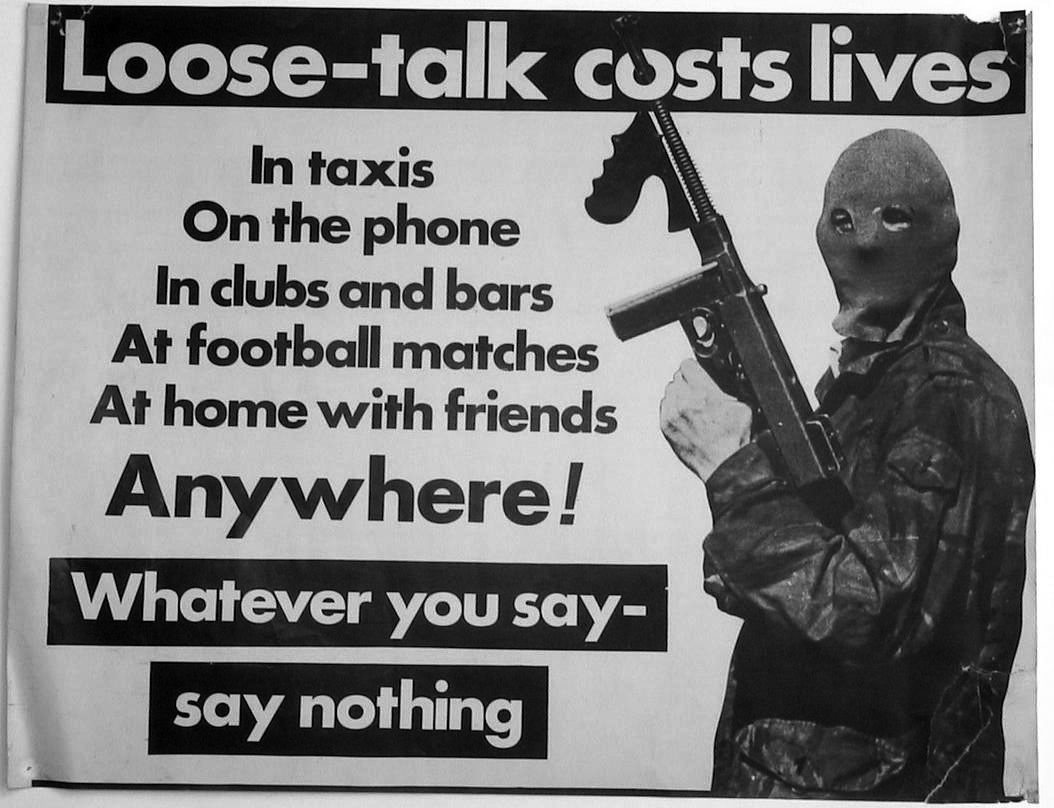 Despite reaching a sort of peace agreement with the signing of the Good Friday Agreement in 1998, the North of Ireland has not witnessed any reconciliation process. As the cases of Gerry McGeough, Martin Corey, and Marian Price have shown, historical charges are regularly used primarily against the political opponents of todays’ settlement. Under those circumstances, former Loyalist and Republican activists are reluctant to provide testimonies of their past involvement. Nevertheless, collecting frank testimonies of these activists is inevitable for an understanding of Ireland’s recent past. Newspapers and official archives in Ireland and England mirror the view of those compiling these archives, rather than of those of activists in militant social movement and paramilitary organisations. Naturally, paramilitary organisations do not hold archives! Hence, the pivotal and contested role of collection memories in the North of Ireland.

The lack of dealing with Northern Ireland’s past is mirrored in the current controversy on Oral History on both sides of the Atlantic. Moloney himself holds a central role in this debate. He is the project director of the Boston College Belfast oral history project. This is an Oral History project of Irish Republican and Loyalist paramilitaries gathered between 2001 and 2006 and archived in the Burns Library at Boston College. In 2010, the first interviews from the archive were published in the book Voices from the Grave, and featured in the documentary of the same name. These interviews, with former Provisional IRA leader Brendan Hughes and former UVF and PUP member David Ervine, were made public upon the death of the interviewees as per their agreement with Boston College. Despite this, in March 2011, the British Government contacted the US Department of Justice to initiate MLAT proceedings which led to the issuing of a sealed subpoena for all materials relating to two interviews in the archive, those of Provisional IRA members Brendan Hughes and Dolours Price. Price’s interviews were still embargoed under the terms of agreement she had with the Burns Library.

The subpoena causing the collapse of the Boston College Belfast Project oral history archives brought the challenges of Oral History in researching paramilitary conflicts to public attention in Ireland and the USA. Indeed, the Boston College Belfast Project that collected oral testimonies of former paramilitaries is only one of many projects dealing with Ireland’s recent violent history. Among various other projects are the Prison Memory Archive, the editions of Ernie O’Malley’s interviews with IRA members The Men Will Talk To Me, the Liverpool University’s research project on militant Irish Republican activists, and the Stormont House Agreement Oral History Archive.

The collecting of memories of those people living through and being active during the conflict in the North of Ireland, independent of their origin, religion, political views, community, race, or gender is a pivotal part of understanding and learning from Ireland’s recent violent past. Oral History can play a leading part in this process. In this particular case, the history of the Northern Irish conflict, Oral Historians are dealing with very sensitive material; consequently, both the interview partners as well as their testimonies need to be secured in order to keep the integrity of the Oral History projects. In any case, academics need to be carefully rebuilding their credibility of their profession following the Boston College Belfast Project disaster. At the same time, a similar outcome as those of that project, as well as the Liverpool Irish Republican project must be avoided. This will only be possible if any Oral History project is following two principles: First, the full and true academic independence from all former actors of the conflict, including political parties, paramilitary organisations, and governments. Second, the agreement that all sensitive material, sources, and interview partners must be secured against all odds.