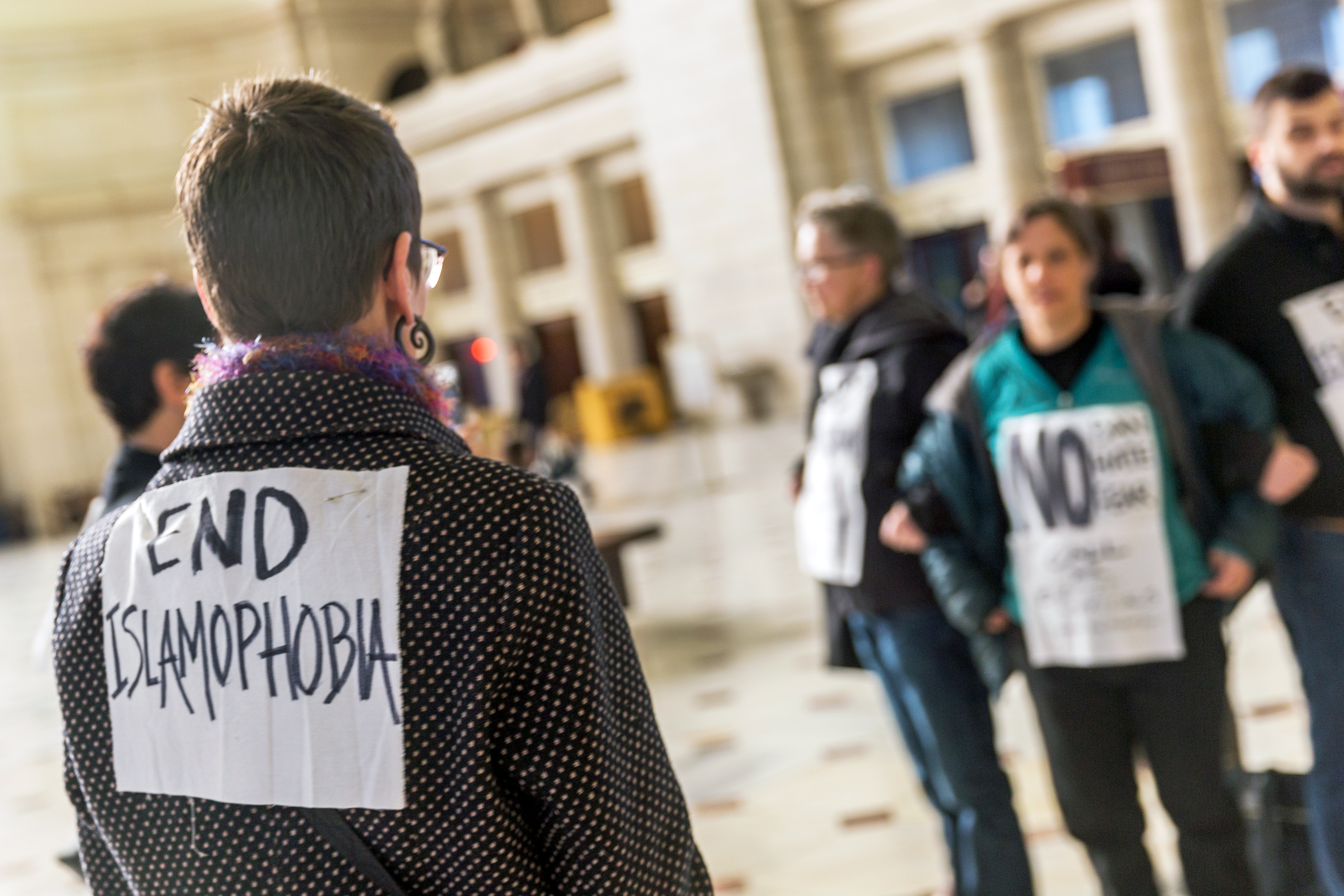 A Fatal Attack in Dundalk, Racism and Irish Republicanism

A stabbing by an Egyptian teenager that left a Japanese man dead and two Irish men injured has reignited debates on immigration in Ireland. Irish Nationalist sentiments all too often turned into anti-Muslim racism as news spread that the attacker was a former asylum seeker to the United Kingdom who migrated to Ireland through the British North. People considering themselves as Irish Republicans were not immune to this. But is the ideology of Irish Republicanism even compatible with racism?

In the past two days, since the fatal attack in Dundalk, a rural town in the Republic of Ireland, just south of the inner-Irish border, sections of the Irish population have used anti-migrant sentiments to attack Muslims and asylum seekers, preferably online.

The racist and anti-immigration backlash is an abhorrent but commonly observed phenomenon in the aftermath of such attacks. This is not even stopped by the fact that the Irish police has found no evidence that links the recent attack in Dundalk to international Islamic terrorism.

The past years have seen a rise in Neo-fascist and racist activities in Ireland. British First activists are frequent visitors to Ireland and a small bunch of people aimed but horribly failed to establish an Irish-branch of the German anti-Muslim movement Pegida.

The timing for this racist outburst might be surprising. While the years of the Celtic Tiger brought a huge number of cheap labourer, particularly from Eastern Europe but also from the Philippines, the number of refugees applying to Ireland are low in recent years. In 2016, there were 2,245 applicants in Ireland, a decrease 32% from 2015. Those who arrive are usually well-integrated.

Nonetheless, over the course of the past two days, observers criticising racist outbursts in the aftermaths of the Dundalk attack have been met by racist bigotry. The racist abuse thrown towards an Irish academic for tweeting an anti-racist message is disgusting.

Some users use the anonymity of the Internet even to go that far to link their anti-British attitudes with sectarianism and anti-Muslim racism, calling for “Troubles 2.0” – however, this time their supposed enemy is not Britain and militant Loyalism but migrants:

#Dundalk is proof that we’re heading for Troubles 2.0 you think we’d have learned our lesson. Multicult doesn’t work, the neo plantation will go the same way. pic.twitter.com/9687T8BVBK

In their world-views, the people fleeing poverty and war in their own countries are the new settlers bringing with them a new Plantation. The migrants are equalised with British colonialists in the 17th century. What is forgotten – or rather ignored – is the fact that the majority of the people fleeing to Ireland nowadays are fleeing social, political, and religious oppression and poverty in former British (and French) colonies themselves.

While all sorts of trolls use Social Media and online platforms for spreading their racist worldviews, it is most disappointing to see publicly known members of Irish Republican organisations voicing similar opinions on political forums in the past days – but also before at other occasions.

The developing of racist, right-wing, or anti-Semitic expressions is not a new phenomenon among Irish Republicans. While Irish Republicans remember the fight of their comrades for the Spanish Republic, many Irishmen fought also on the side of Franco. One of the figures in the Irish Republican pantheon, Seán South was an outspoken anti-Semite. Nonetheless, these politics could never take hold of the movement as such.

To be sure, Irish Republicanism has always been more anti-imperialist than Nationalist. In an interview I conducted with former Irish Republican prisoner and Blanketman Tommy McKearney, he told me that the Nationalist rhetoric came into the movement in the early 1980s when Sinn Féin started contesting elections. According to McKearney, in a populist move, the Sinn Féin leadership started to departure from a Republican position in order to embrace a broader Nationalist constituency and gain votes from the SDLP. (Interview with Tommy McKearney, Monaghan, 5. August 2015) In other words, while post-1981 Sinn Féin is characterised by constitutional (Left-)Nationalism, pre-1981 Provisionals were driven by anti-colonial Republicanism.

While many readers might disagree with that analysis, it’s fair to say that Gaelic Nationalism is not a foundation pillar of Irish Republicanism. Gaelic Nationalism made its way into Irish Republicanism from the late 19th century onwards. The Gaelic Revival was in line with the similar National cultural resurgence in other European countries such as Germany, Italy, and the Slavic regions in the Habsburg monarchy. It was later popularised by the writings of 1916-leader Patrick Pearse. Nationalism truly played its role in the anti-colonial struggle.

However, while nationalism played and still plays its part in the Irish separatist movement, it was not there from the beginning and, thus, it is not characteristic of the ideology of the movement. While individual Republican activists use Gaelic Nationalism to justify their anti-migrant and racist parochialism, they shall be reminded that Irish Republicanism itself is a “foreign” ideology, originating in North America and France and brought by Presbyterians from Pennsylvania and Paris to Ireland. The man remembered as the founding father of Republicanism in Ireland, Theobald Wolfe Tone, was himself a descent of 16th century French Presbyterians. Moreover, the founder of Irish Marxism, James Connolly, was born in Scotland, and the first Chief-of-Staff of the Provisional IRA, John Stephenson alias Seán MácStiofáin was English. I wonder if these activists would throw their racist bigotry at these men as well if they would have been their contemporaries.

The American and French revolutions are the two most progressive events in pre-industrial human history. It was these two events that sparked the flame of Irish separatism for the decades and centuries to come. On 14 July 1789, the populace stormed the Bastille, replacing the tyranny of “Lex Rex, Rex Lex” with the slogan of “Liberty, Equality, Fraternity.” This slogan is as progressive as inclusive – right-wing Nationalism and racism, on the other hand, are reactionary and exclusive.

The first Republican organisation on the island of Ireland was the Society of the United Irishmen. Seán Ó Brádaigh was not only the first Editor of An Phoblacht after the reorganisation of the Provisionals and one of the masterminds behind Irish federalism, he is also a Historian of early Republicanism in Ireland. In his biography of the Irish rebel Robert Emmet, he writes:

The United Irish movement represents a coming together of various progressive forces at a period in human history which is now regarded as one of the pivotal epochs in the development in civilization. The American War of Independence and the French Revolution were concerned with national rights and human rights. The groundwork for these changes was prepared by thinkers and writers who proposed a change in our view of people and their place in the world.

Irish separatism was always a strong force in itself and it continued to assert itself, sometimes at great cost, over the centuries. The leaders of the United Irishmen were people who infused this Irish assertion of identity with the ideas of democracy, republicanism and the rights of man. They thus put the Irish freedom struggle into the mainstream of progressive forces in the world.

Racism, Fascism, and sectarianism are not only incompatible with Liberty, Equality, and Fraternity, since the birth of Irish Republicanism, they are even used to weaken and eventually diminish its progressivity. Again, Ó Brádaigh explains:

Irish Republicanism first flourished among the Presbyterians of Ulster and Belfast in particular. They found common cause with their Catholic neighbours and were joined by equally idealistic members of the established church. Belfast became known as “the Athens of the North” during the 1790s because of the lively debates and discussion about all the new ideas. Athens was “the cradle of democracy” and Belfast could have become another cradle of democracy. Instead of that, the generous human ideals of the United Irishmen were suppressed and silenced and the flames of sectarianism were fanned, until the “Athens of the North” became a cauldron of bigotry.

In another speech commemorating the founding of the First (All-Ireland) Dáil Éireann on 21. January 1919, the same Seán Ó Brádaigh said:

We are children of Ireland, but we are also, as Irish Republicans “enfants de la patrie” because the school of Irish Republicanism is a Franco-Irish school and we have all been there. Liberty, Equality, Fraternity are noble ideals which still inspire us and for which we still struggle, both North and South of the British-created border.

The understanding of French influence in Irish Republicanism has resisted all attempts to drag Irish separatism from French Republicanism towards right-wing Nationalism in the past 225 years. It is the duty of the various leaderships of contemporary Republican organisations to educate their activists and future generations in these ideals. Irish Republicans need to fight racism and xenophobia actively in their communities because only a progressive and inclusive Republican movement can call itself the true heir of Wolfe Tone.