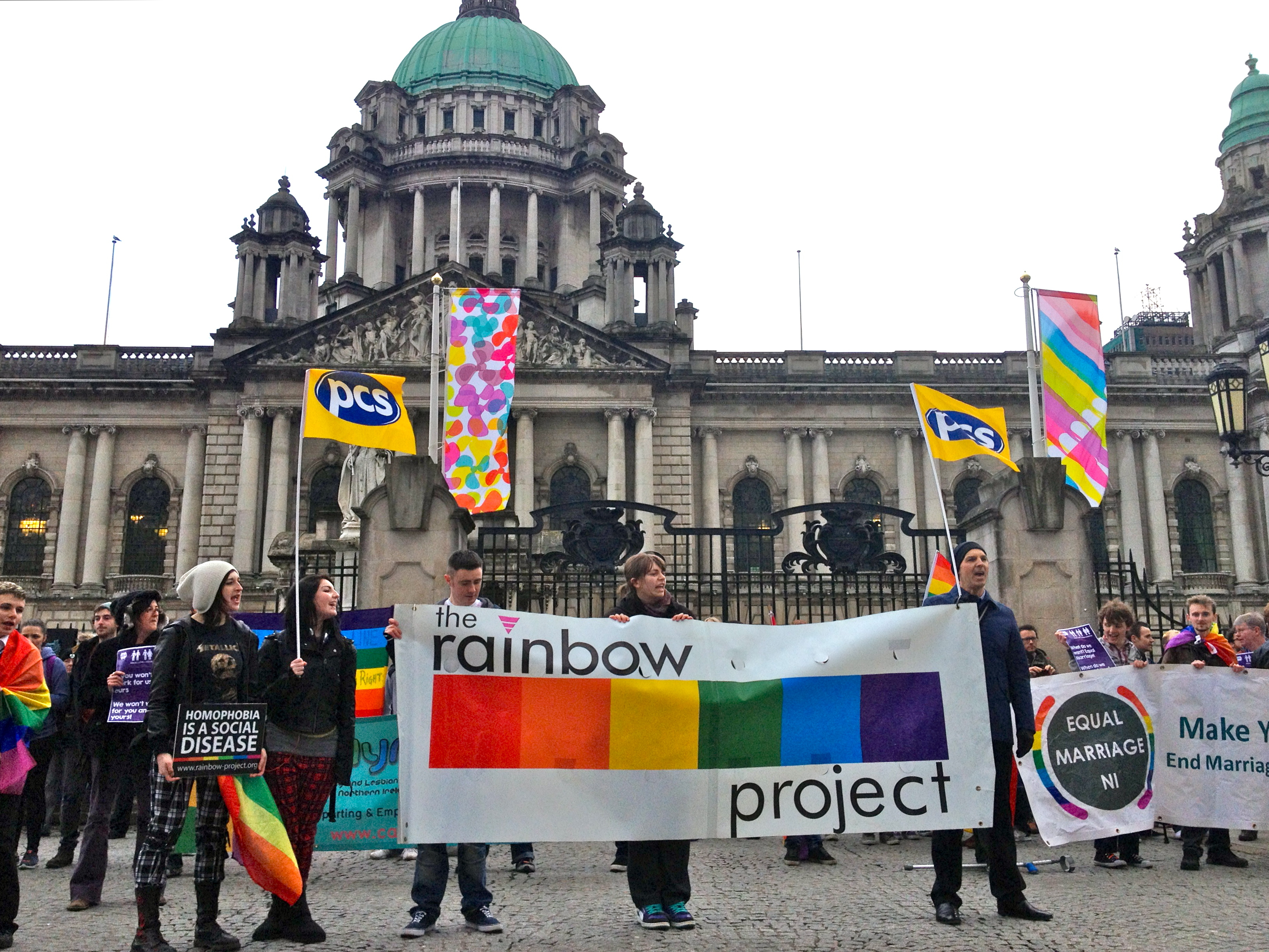 November 2, 2015 is a historic date in the history of Ireland. A majority of the MLAs in Stormont, the local assembly in the North of Ireland, voted in favour of gay-marriage equality. However, the legislation was not passed. The unionist DUP used a “petition of concern” in order to block gay-marriage equality. The Unionists had, in fact, misused the sectarian framework of Stormont to block a democratic decision. What this episode highlights is that rather than smoothing the deep rifts in society, the Northern Irish Peace Process and the Good Friday Agreement only institutionalised sectarianism.

In a historic vote, four independent Unionist MLAs joined the Nationalists and others to provide a narrow majority for gay-marriage equality at the Stormont Assembly east of Belfast. These 53 votes in favour of same sex marriage were just one vote ahead of those opposing this legislation.

Those opposing gay-marriage equality are the main Unionist parties. Although the assembly had voted in favour of the new legislation, the DUP used a “petition of concern” to block it. This mechanism was introduced with the 1998 Good Friday Agreement. Parties from either side of the Unionist or Nationalist communities can use this “petition of concern” if they feel that there is not sufficient cross-community, i.e. Protestant or Catholic, for particular legislation.

While aiming to ensure an end to one community ruling over the other community through a slim majority, the complex political system established during the Irish Peace Process established an even more sectarian society. Indeed, political parties from either side of the divide can now use this “petition of concern” to block any democratic decision-making process.

Rather than decreasing the amount of sectarianism in society, the Peace Process institutionalised sectarianism. The historic sectarianism, driven by Protestant supremacy in the old “Orange State,” creeped from the streets and the workplaces directly into all political institutions. The former Unionist veto has been substituted with the “petition of concern.” Consequently, the Unionist one-party-rule has been substituted with a sectarian stalemate written into the Good Friday Agreement.

Following the successful referendum in the southern Republic of Ireland, the North is still the only state on the Atlantic Archipelago with not gay-marriage equality. Along with the ever-growing walls dividing the communities in Belfast, the unsolved rehabilitation process, and the unknown future of the former H-Blocks/HMP Maze, the lack of gay-rights in the North is a stark reminder of the unsolved conflict in Ireland.