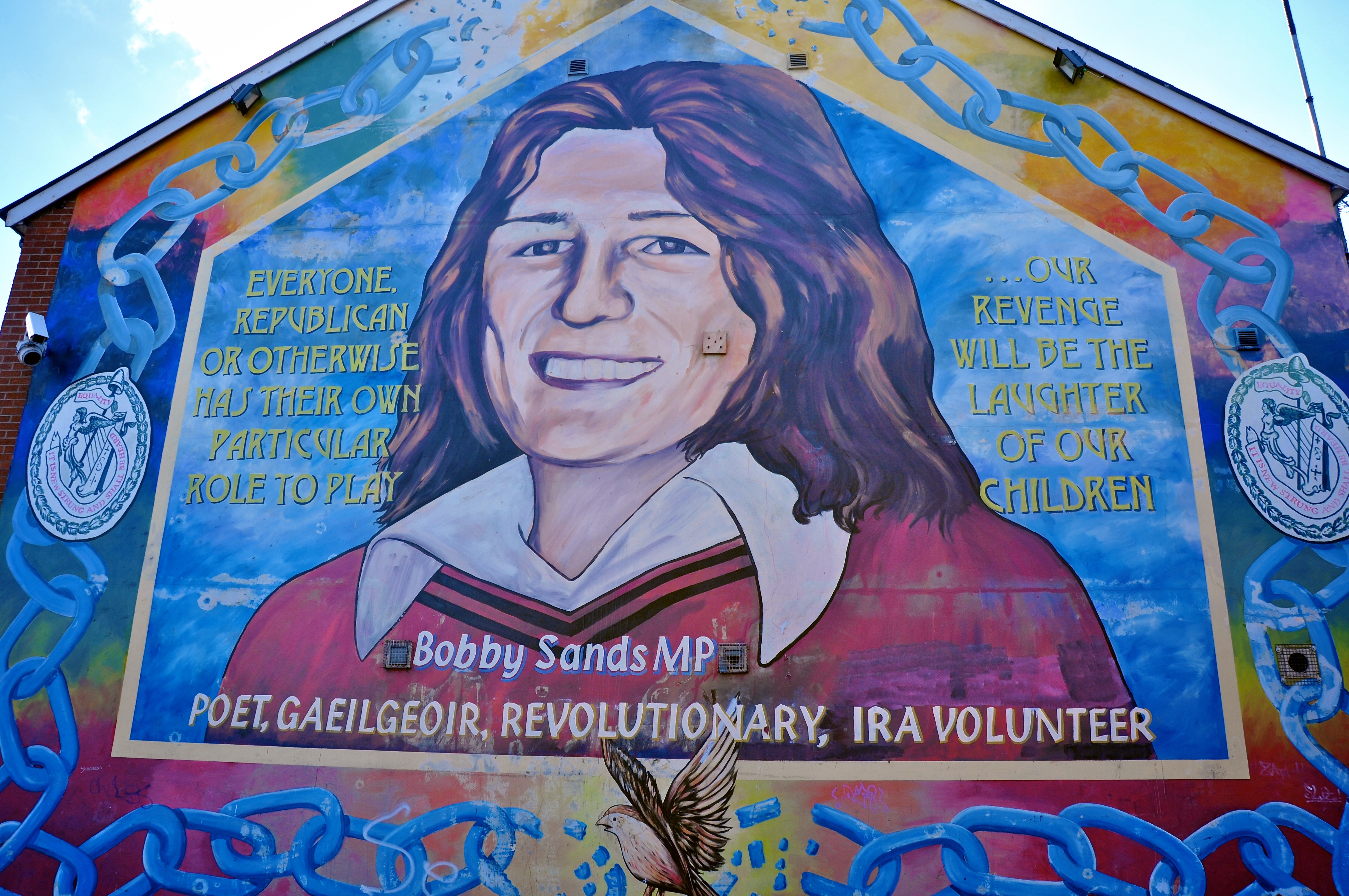 Newly released British Government Papers reignited the debate on the 1981 Hunger Strikes in the H-Blocks of HMP Maze/Long Kesh. This debate started a few years ago with Richard O’Rawe’s publication of Blanketmen. O’Rawe is a Belfast Republican, former POW in the H-Blocks, and PRO of the 1981-Hunger Strikers. In his publications, O’Rawe claims that, in July 1981, after the death of four hunger strikers, there was a British offer on the table that could have ended the hunger strike and saved the lives of six more Hunger Strikes. However, the prisoners, O’Rawe claims, were not informed and the Hunger Strikes continued.

Since these revelations, a fierce debate ignited among Republicans, academics, and commentators. There a roughly two opposing camps in this, oftentimes vicious debate. On the one hand are those who believe O’Rawe and point a finger at, among others, Sinn Féin President Gerry Adams and former Sinn Féin PRO and writer Danny Morrison for sabotaging this deal. On the other hand there are those who stick to the traditional narrative that there was no such deal whatsoever.

While reading the recent coverage in Irish media and comments from both sides on various online blogs, I stumbled over a comment made by Brian Patterson on the website of the Bobby Sands Trust and later repeated on the blog of Jude Collins. He wrote:

While I hold no brief for Adams or Provisional SF I think it significant that the late Ruairi O’Bradaigh (in his later years no friend of Adams or SF) flatly rejected O’Rawe’s version of events and denied that a deal had ever been offered by the British Government. Effectively he corroborated Adams’ version of events.

Ruairí Ó Brádaigh was a leading figure within Irish Republicanism since the late 1950s, serving as Chief-of-Staff of the IRA during Operation Harvest and, later, on the IRA Army Council. From 1970 until 1983, he was President of (Provisional) Sinn Féin. Therefore, he is indeed an authority for all events related to Irish Republicanism and the conflict in the North of Ireland during this time. For this reason, it is important to put it on record what Ó Brádaigh actually said. 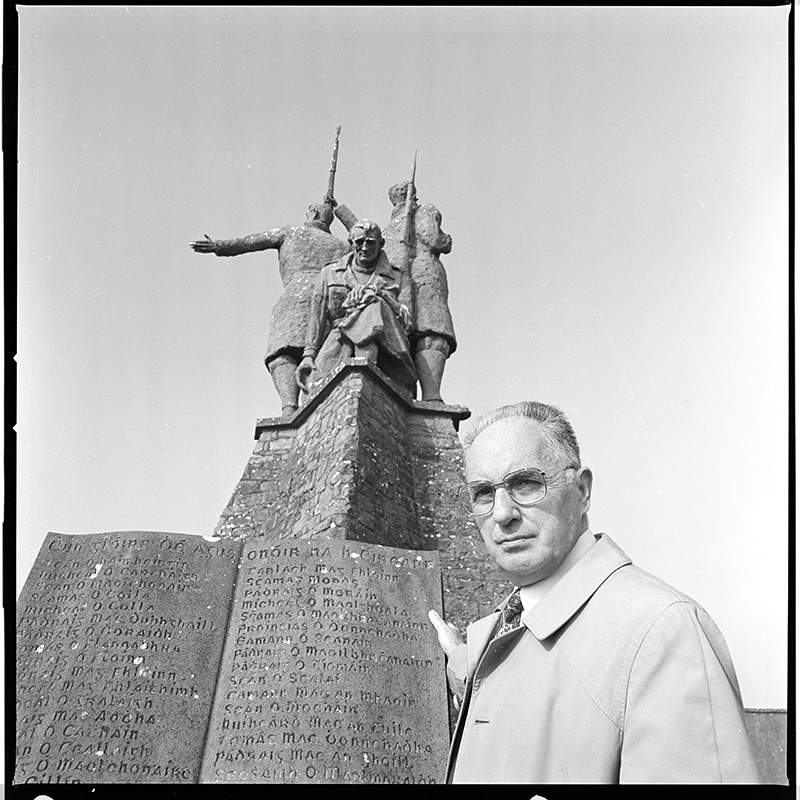 At the heights of the Hunger Strike Deal Controversy, he was interviewed by the Belfast-based Irish News. The article reads:

Recalling events in 1981, Mr O Bradaigh, who was banned from entering the north, described Dr FitzGerald’s claim that a deal was scuppered by the leadership outside the jail as “completely wrong”.

“I must reject what is being said. Sinn Fein at the time were not involved in making settlements,’’ he said.

“Their role was to campaign for the prisoners. Sinn Fein was not involved at all.

“I don’t believe either that the [IRA] army council was aware that there were terms on offer either.”

“Sinn Fein felt their job was to get out there… I was galloping all over the country and was in touch with people, at home and abroad trying to get support,” he said.

The article is headlined: “Deal claims ‘completely wrong’: O Bradaigh.” One month later he was again interviewed by Irish News journalist Allison Morris and Ó Brádaigh replied with a letter to the Irish News which reads:

I was president at that time.

– Sinn Fein’s task in 1980-81 was to campaign in support of the hunger strikers.

Sinn Fein knew nothing of conditions alleged to be on offer for settlement of the strike.

– I do not believe that the army council of the IRA was aware of such alleged conditions either.

In the interests of historical accuracy I wish to place this information on the public record.

About half a year later I interviewed Ruairí Ó Brádaigh in his house in Roscommon Town. During a lengthy interview on 5 March 2010 I asked him about the controversy over the July-81-Deal and he said:

This question arose with Richard O’Rawe and his book. He was attacked for a few points. I said at that time that I wasn’t aware of any such proposed deal. There was a committee in Belfast which was dealing with the day-to-day situation of the hunger strikes. What they may have known I don’t know. I know that the Ard Chomhairle of Sinn Féin and I, as a President of Sinn Féin, knew nothing of the terms of such a deal. And I don’t believe that the military leadership [of the IRA] knew of it either.

Asked if he thinks that there was a section of the Republican Movement in Belfast hiding information from the national leadership of Sinn Féin and the Army Council of the IRA, he replied: “I just don’t know.”

An edited and shortened version of this four-hour interview was later published in the Republican monthly Saoirse.

His answer to my question on the alleged July-1981-Deal is in accordance with his statement given to the Irish News. There is no reason to dispute his account.

To conclude, Ruairí Ó Brádaigh neither strengthened the claims made by Richard O’Rawe, nor did he dispute them. All he said was that the Southern leadership of the
then Republican Movement was not aware of all developments in the North.

Ó Brádaigh died on 5 June 2013. In his interviews and statements he said what he thought was necessary to say. Instead of using the dead to interpret past events, we should stick to available facts. The ongoing Hunger Strike controversy is too important to be used as necromancy.