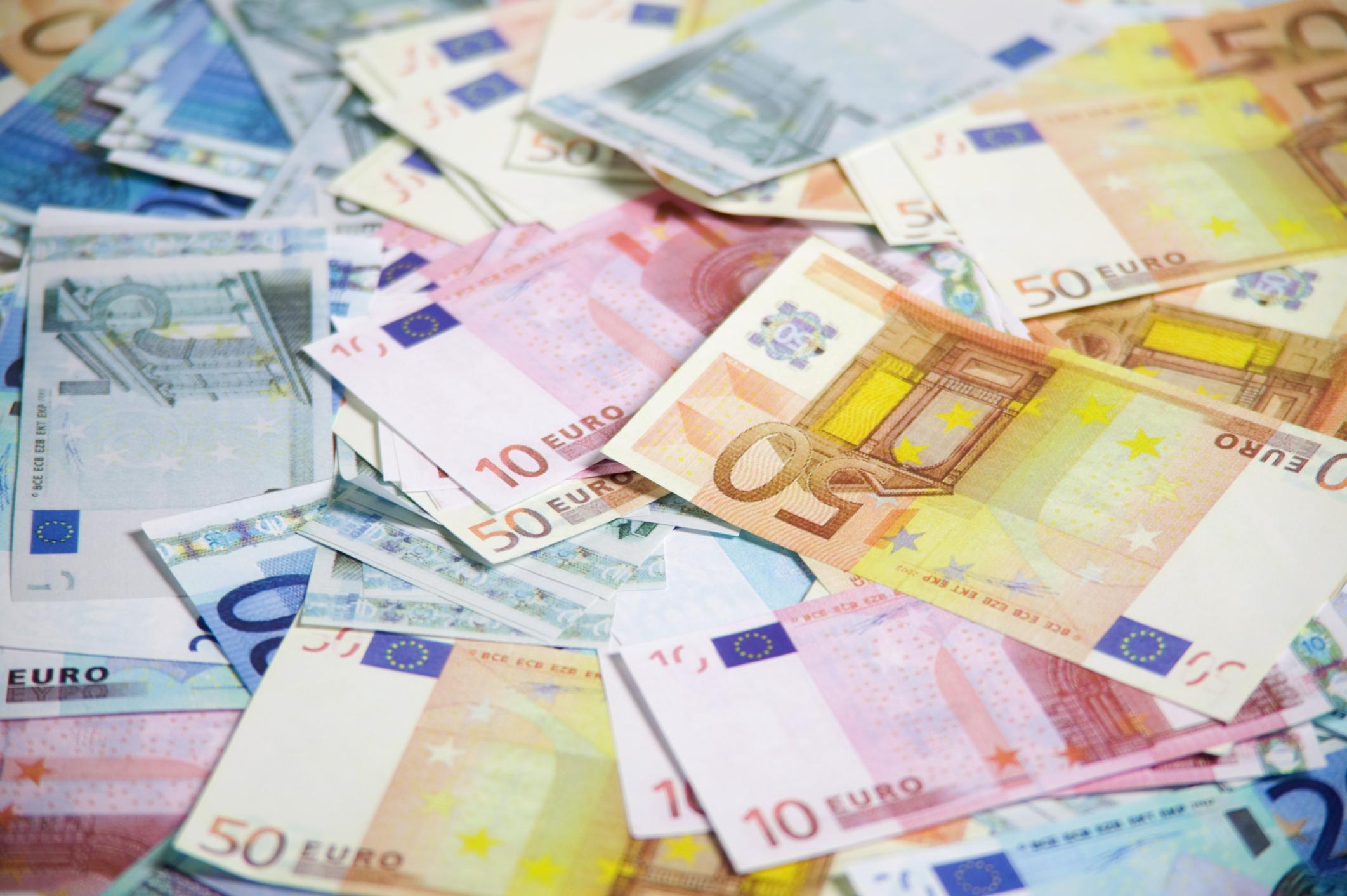 Towards a functioning euro – 2/2

In the first part of this post we discussed why the balance-of-payments adjustment process in a monetary union needs to be more symmetric (with surplus countries spending more) to avoid bias towards weak demand and deflation. In this second part we continue by arguing that the ECB has to act as lender of last resort also for national governments. This does not only rule out the possibility of self-fulfilling creditor runs and mitigate default risk, but also provides fiscal policy with more room to stimulate in times of a liquidity trap.

As emphasised by Paul de Grauwe a few years ago, governments who issue debt in a currency over which they have no control, are subject to a much higher default risk than countries with their own central bank.  A central bank can be a buyer of last resort in the government bond market in times of stress by its unlimited ability to create money. This can rule out self-fulfilling default concerns stemming from fluctuating market sentiment (even if it adds some inflation premium to the bond yields), whereby an unfounded concern about budget sustainability raises bond yields to a level where the fiscal situation really worsens, validating initial beliefs. Before you start screaming, this is not a hostile take-over of independent central banks by politicians, pressuring it to monetize debt: no sane monetary authority would stand idle while its government is going bankrupt and the collapse of bond markets is bringing down the banking system. Of course, systematically irresponsible fiscal policies and money printing sooner or later would lead to runaway inflation, but this is not the case we are talking about here. It is just to contain temporary and unsubstantiated market stress, which also points to the fact that the prohibition of monetary financing should not be viewed as a binary choice. However, due to political and legal uncertainties, until Mario Draghi’s 2012 “whatever it takes” speech and the announcement of the OMT program, it was not clear whether the ECB was ready to act as lender of last resort for governments – and this was clearly visible in the bond yields of stressed periphery countries. On top of all this, in a monetary union there is an additional dimension to the problem, which involves redenomination risk. Given that the domestic banking system holds large portions of a national government’s debt, a sovereign default would likely go hand in hand with a banking crisis, which would increase pressure to exit the euro and recapitalise banks with a newly printed national currency. Ongoing research shows that this redenomination risk was substantial during the euro crisis.

With the OMT in place, the immediate problem was averted, but it is not viewed as a permanent solution. There are many proposals, one of them put forward by an ECB Discussion Paper. Their motivation does not only include the need to avoid sovereign defaults and self-fulfilling  bond market crises, but also the need for the availability of expansionary fiscal policy in liquidity trap situations. Recent research has pointed out that fiscal multipliers are much larger when the zero lower bound on nominal interest rates binds, and monetary policy runs out of fire power. Fiscal deficits in this case do not crowd out private investment and consumption (since the equilibrium real interest rate is already lower than the actual one, which is constrained by the ZLB), and in fact they provide much needed stimulus in a demand deficient environment. This Keynesian recipe, however, is harder to follow when default-fearing bond markets constrain the ability of national governments to expand budget deficits, which also contributed to the austerity bias and the resulting slow recovery within the euro area. As a solution, the authors propose that, similarly to countries who issue their own fiat currency, monetary and fiscal authorities in the euro zone together should ensure that public debt is “non-defaultable”. If the central bank guarantees that maturing bonds can be converted into currency at face value (just like maturing central bank reserves are), and keeps interest rates low while the fiscal expansion lasts, then rising fiscal deficits will not be associated with increasing default premia, and the stimulus will not be halted (or its effect offset).

The ECB’s economists formalise this argument in a standard New Keynesian model framework. With the central bank stabilising inflation by following a Taylor-rule (active monetary policy) and governments stabilising public debt by adjusting their primary budget surplus (passive fiscal policy), the equilibrium is indeterminate to the extent that the economy can get stuck in an “unintended” steady state (the liquidity trap) which is characterised by binding ZLB, weak demand and below-target inflation. Intuitively, monetary policy looses its ability to affect demand and determine inflation due to the ZLB constraint, so in order to pin down the equilibrium and get the economy back to the intended steady state, we need an active fiscal policy, one which is not primarily concerned with debt-stabilisation but can focus on demand stimulus. This usually involves permanently reducing the present value of future primary surpluses, so the only way to satisfy the intertemporal government budget constraint (and avoid default) is to reduce the real value of the outstanding public debt as well, i.e. to raise inflation, which the ZLB-constrained monetary authority must passively accommodate. In effect, the debt financing the fiscal expansion is inflated away. In practice, this can be thought of as the central bank monetising part of the maturing debt (i.e. buying bonds with freshly printed money): the consolidated government basically swaps some of its outstanding liabilities (bonds) with another type of its liability (central bank reserves). So in the end the fiscal expansion becomes financed by money printing, like in a “helicopter drop”. An important result of the model is that actual bond purchases by the central bank might not be necessary for stabilization – it suffices that fiscal policy reduces the present value of primary surpluses and that it is able to issue non-defaultable public debt (which the central bank guarantees to convert into currency at face value). In summary, a switch to an active fiscal and passive monetary policy combination in times of a liquidity trap could ensure a return to the “intended steady state”. But the model also shows that in the presence of non-defaultable public debt the possibility of self-fulfilling creditor runs on governments also vanishes, which was the other source of indeterminacy in the active monetary – passive fiscal setup.

As a side note, of course, monetising debt cannot continue forever without accelerating inflation. To maintain price stability, either monetary policy needs to take back control, or fiscal policy must reduce its deficits voluntarily. In other words, there is a limit to how much seigniorage revenue from money printing can be increased without jeopardising price stability. If future budget deficits require even more revenue, then without fiscal consolidation hyperinflation or default will happen, or a combination of the two. Another way to see this is that if the government does not honour a sufficiently big portion of its debt which the central bank has bought, then the central bank can be subject to such large losses on its assets that its equity might turn negative. With more outstanding liabilities (money) than assets it might run out of assets to sell which would be needed to sufficiently reduce the monetary base for the purposes of price stability. Then fiscal policy needs to recapitalise the central bank neutralising the gain it had by not paying its bonds in the first place. In other words, the central bank’s balance sheet needs fiscal backing, if we are to control inflation. Therefore, at the end of the day there is no free lunch (or not much), and the central bank cannot absorb unlimited losses from the government by printing money (or providing a helicopter drop), but only to the extent of a limited increase in seigniorage revenue. The consolidated government budget constraint cannot be violated: the real value of public debt must be equal to the present value of future primary surpluses plus seigniorage revenues at all times. The difference compared to the active monetary – passive fiscal setup is that up to a certain extent, and in certain circumstances the role of seigniorage can be increased. But this does not mean that fiscal policy has a blank cheque and can now behave overly irresponsibly.

The exact institutional proposal of the authors involve a “euro area fund” which buys the (dafaultable) bonds of national governments as long as they satisfy a flexible fiscal criteria (which allows for stimulus in liquidity traps) while financing itself from issuing non-defaultable “eurobonds” which are convertible into currency at par, as guaranteed by the ECB. In an economic sense, this is the same setup as before, but with the fund acting as intermediary between national governments and the ECB: deciding on when to buy national bonds needs more direct democratic accountability than what the ECB has. After extreme fundamental shocks, or fundamentally irresponsible national fiscal policies sovereigns might fail to meet the fiscal criteria and they can still be forced to default in which case the euro fund will suffer capital losses, which have to be shared among other member states. But this is no different than the fact that the ECB’s balance sheet needs fiscal backing. Nobody denies that there is some degree of fiscal risk sharing in this proposal, which invites moral hazard arguments. These should be taken seriously, but it also has to be acknowledged that a monetary union cannot function properly without some kind of fiscal risk sharing. This does not have to mean a fully-fledged fiscal union with common taxes, transfers and budget, but on a minimal scale it has to ensure that the debt of member states is immune to self-fulfilling runs on the one hand, and that it is possible for them to use fiscal expansion during a liquidity trap on the other.

In a well functioning economy the central bank must be ready to act as lender-of-last-resort for governments, and the orthodox view of “no monetary financing under any circumstances” should be taken more flexibly – which is of course, not to be understood as a call for irresponsible and unsustainable fiscal spending, but rather a proposal for enabling a more successful and stabilising monetary-fiscal policy-mix. Also, a well functioning monetary union cannot escape some degree of fiscal risk sharing.