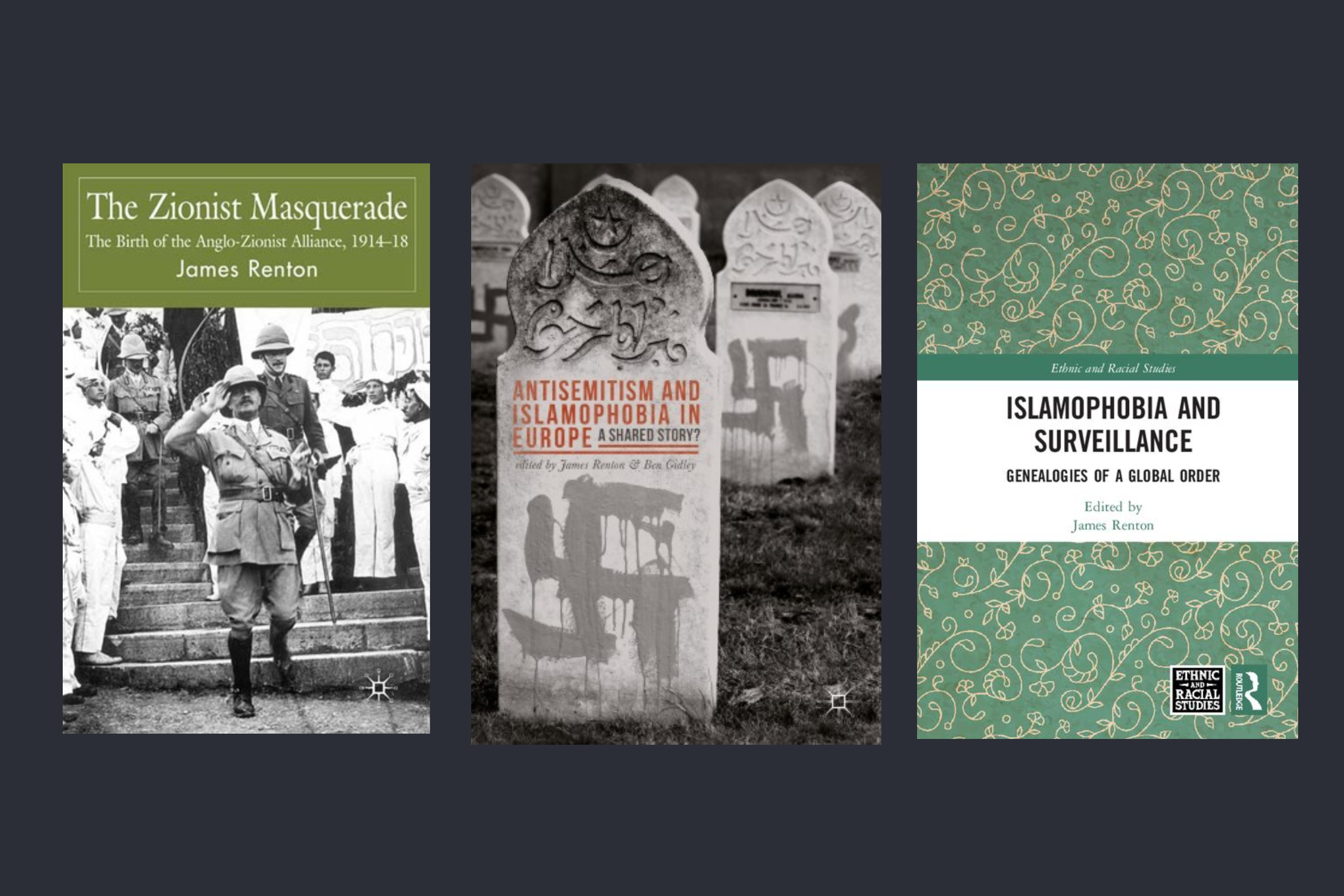 I am interested in the global intellectual history of race, particularly antisemitism and
Islamophobia, in relation to empire, sovereignty, and global politics. My
research has focused on the relationship between Europe and the Middle East
from the 16th century to the present. In recent years, I have been particularly
interested in the bigger question of the role of theology in modernity and
postmodernity. I am Director of the International Centre on Racism,
which launched in the summer of 2019.

I also have a strong interest in bridging the gap between academic research and wider society, including civil society organisations, policymakers, and the general public. In
that connection, I am the Academic Advisor at Robert Schuman Centre’s MONITOR
Global Intelligence on Racism, the world’s first online magazine dedicated to bringing research insights to these communities.

My first book, The Zionist Masquerade: The Birth of the Anglo-Zionist Alliance, 1914-1918 (Palgrave Macmillan, 2007), was a new history of the Balfour Declaration. Placing the Declaration within the wider story of the global politics of race and nationalism in the Great War, the book put forward a new interpretation of its origins, purpose and significance.

My research on the ideational origins of the Israel-Palestine conflict brought me to the history of the European idea of the Middle East. This work led to several inter-connected projects. With Ben Gidley, I developed a new diachronic, relational paradigm for understanding the histories of antisemitism and Islamophobia in Europe (Palgrave Macmillan, 2017).  In turn, that research posed the question of what distinguishes the intellectual history of Islamophobia from antisemitism and other racisms, which I explored with the collaborative work: Islamophobia and Surveillance: Genealogies of a Global Order (Routledge, 2019). Focused on the 16th century notion of sovereignty, I am currently co-editing with Anya Topolski a special issue for Political Theology on the thought of Jean Bodin with Anya Topolski.

Bringing the threads of this research together, I am writing a monograph on the European idea of the Middle East, which begins in the 16th century and culminates with the aftermath of Islamic State’s proclamation of a caliphate in 2014. For this research, I I was awarded an Early Career Fellowship by the Arts and Humanities Research Council and a Jean Monnet Fellowship at the European University Institute in Florence (2016-2017).

Outside of the academic world, I have featured in international press including Ha’aretz, taz. die tageszeitung, Deutsche Welle, and Jüdische Allgemeine.
On television and radio, I have been in programmes on BBC Radio 4, Al Jazeera International, the Yesterday Channel and Deutchlandfunk Kultur.