Home » Blog » Turkey’s Gezi Movement: Did it change anything? 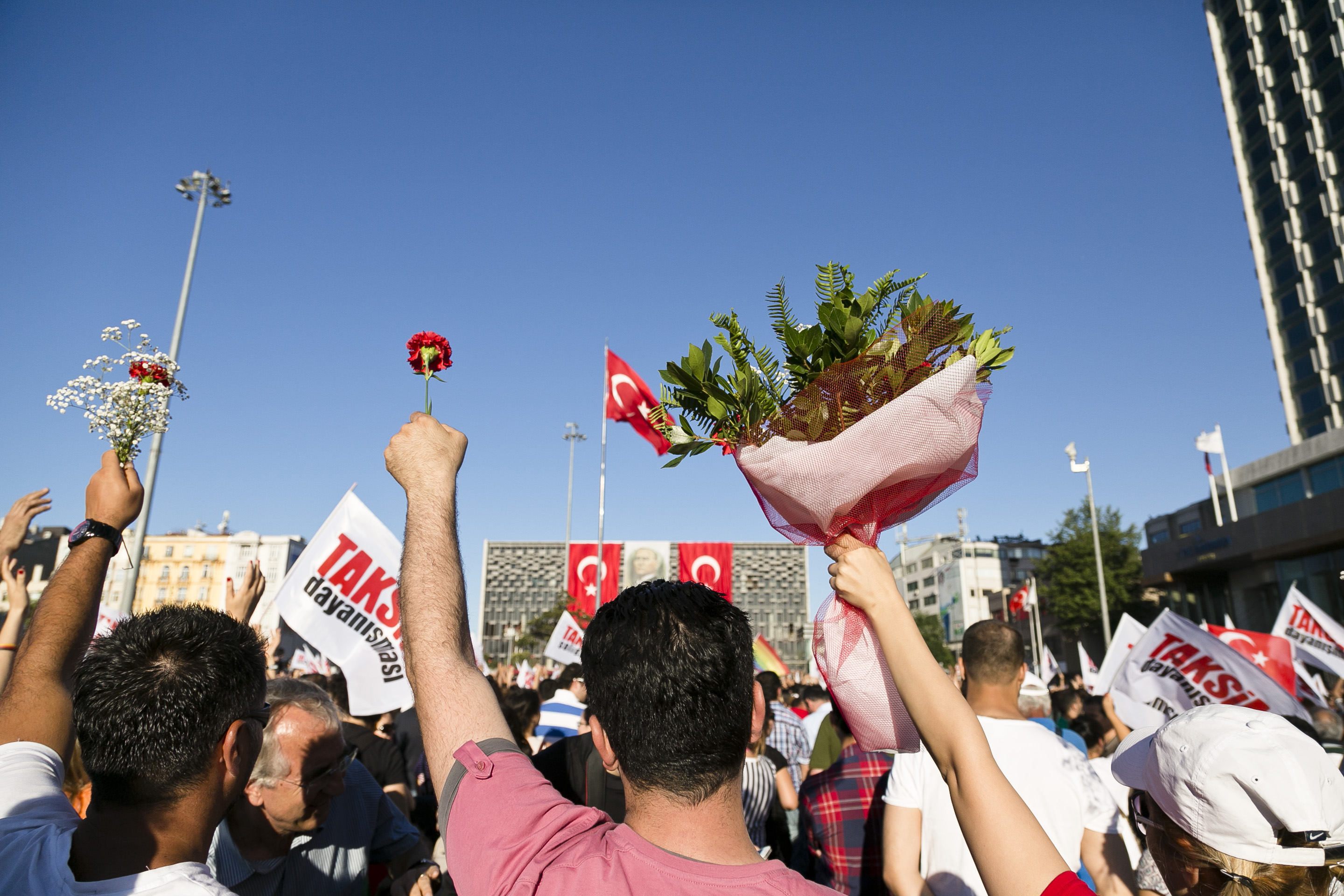 Turkey’s Gezi Movement: Did it change anything?

In the 2013 Gezi Protests, more than 2,5 million people went to the streets. They demanded that the government would immediately restore true democracy, improve their human rights record, and protect urban green areas. It was by far the biggest wave of demonstrations in Turkey’s history, and was widely perceived as a political earthquake. But what practical changes, if any, did these protests bring about?

In this post I show some preliminary results of my attempt to find ways in which the protests influenced practical politics. I compare the budget allocations to green spaces and cultural institutions in those Turkish Metropolitan Municipalities where there was a large number of protests during the Gezi events to those where there was little or no protests.

The first figure below shows these allocations in the municipalities with a lot of protests. Three of the municipalities (Istanbul, Izmir, and Adana) saw a sharper rise in their allocations to green spaces and cultural institutions from 2013 to 2014 than in the previous years. In Eskişehir and Ankara, this increase occurred the year after, in 2015.

As we see in the figure below, the positive trend in allocations to green areas and cultural institutions in figure 2 is not shared by municipalities that did not have large-scale protests during the Gezi events.

The figure below shows the combined average growth of these allocations in the two years after the Gezi protests as compared to the three years before the protests for both the protest and non-protest municipalities. While the non-protest municipalities allocated less money to green spaces and cultural institutions after the Gezi protests compared to the three years before (an average decrease of -1.4 percentage points), protest-ridden municipalities increased these allocations (an average of 2 percentage points). 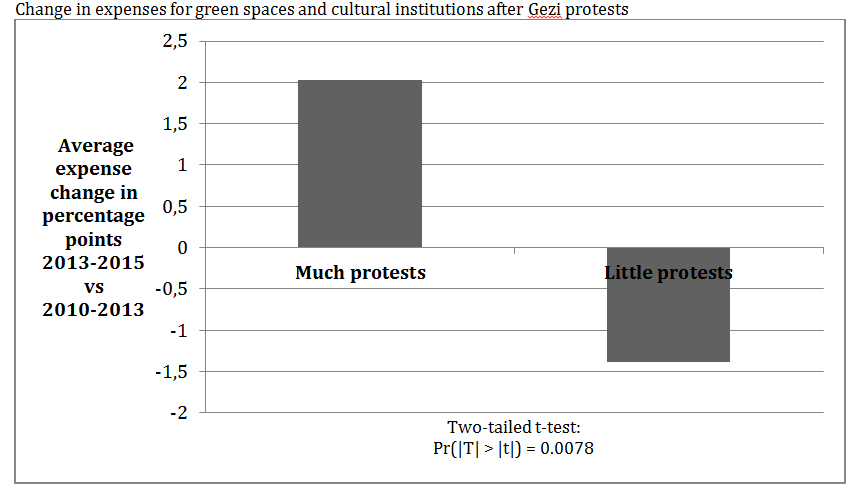 Interestingly, three of the five municipalities that increased their budget allocations after the Gezi protests were lead by parties that were outspokenly against the Gezi protests and what they stood for. Still, the increased budget allocation took place also in these municipalities. This might indicate that protests represent a disruption to parties daily territorial control. Incumbent politicians may have increased spending to please protesters, regardless of whether their party agreed with this policy in principle. If we assume that social disruption is equally undesirable for all incumbents, regardless of party-related factors, even movement-hostile parties may have given concessions to the movement, regardless of their own ideological views.

To be sure, the number of observations are too few to confidently establish any causal relationship between the Gezi protests and changes in budget allocations. Yet the tendency is interesting. I am currently working on collecting additional data to expand the number of provinces included in the study, in the hope that this will help us understand better when and whether incumbent parties respond to movement demands.