Home » Blog » Not quite the usual Christmas movie 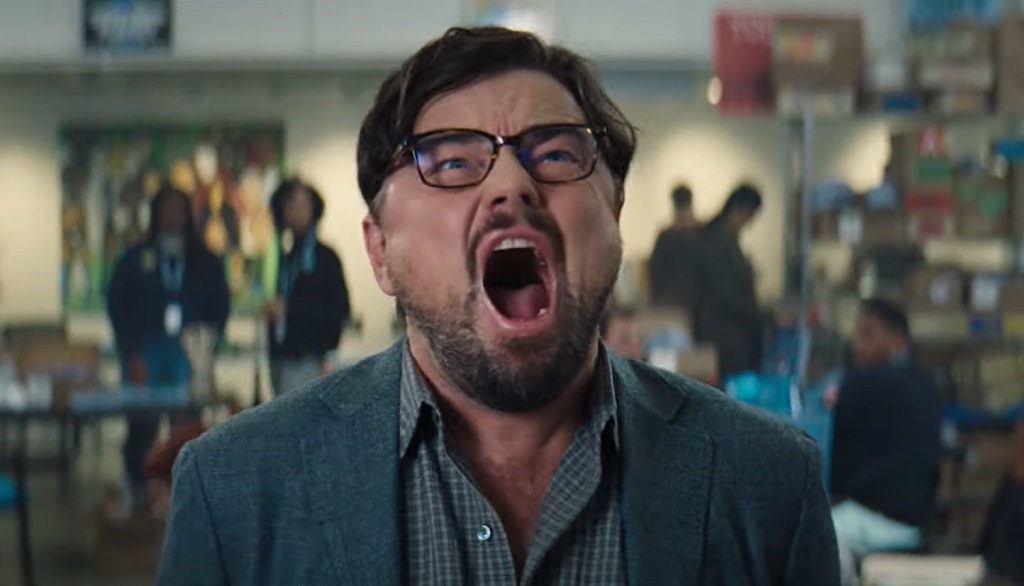 Not quite the usual Christmas movie

Published by Marco Colleoni on 28 December 2021

Don’t look up is a sociological critique that makes us reflect mercilessly on our times.

The movie can be predicted as one of the most successful works of its genre, not only for the brilliant satire, but also for the fact that it is not ideologically biased. After all, there is stinging criticism for everyone.

The first is evidently aimed at the political power. With her stubbornness to deny a blatant fact like the upcoming collision with a comet, President Janie Orlean looks like an even more grotesque version of the original Donald Trump. However, the satire extends beyond that, since the president’s decision is dictated not by her narcissistic pride, but by the economic interest of her financiers. It is at this point that Don’t look up becomes more interesting (and braver) than the classic, politically correct Hollywood production.

By suggesting waiting to destroy a comet full of rare-earth elements, the techno-billionaire Peter Isherwell, who manipulates the threads of the puppet-president, brings together two characters who often face each other across ideological lines: the interminable rapacity of the Texan tycoon and the icy emotional apathy of the Ivy nerd. He is part of a brain aristocracy endowed with exceptional cognitive skills yet exclusively used for his own personal gain. In his robotic speech, Isherwell never misses the chance to expose the weaknesses of the others, even going so far as to develop a model for inferring the type of death that everyone must face. But this model will prove completely wrong, since the cataclysms following Isherwell’s decision not to destroy the comet become the only cause of death for all those who remain on Earth, and who are not invited to board his spacecraft.

Isherwell is contrasted by the doctoral candidate who first discovered the comet’s collision course, and by the scientist who oversees her PhD at Michigan State University, Randall Mindy. They have the typical imperfections of ordinary people, but they are motivated by a great passion for astronomy, which drives them to work relentlessly on their calculations before publishing their discovery. When the economic power advises against the destruction of the comet, the two find themselves opposing the powerful weapon of propaganda, in the attempt to raise awareness in the public opinion.

This third criticism, aimed at the media, is perhaps the most direct. The two experts are left to talk about the comet’s collision course in the crumbs of time at the end of the current sensational case: the break in the engagement between a pop star and a rapper, expertly mended by a promise of public marriage. On stage, the behavior of the two presenters perfectly mocks reality; they would sell whatever they have to appear on the ball and come out with a brilliant joke, even in spite of a desperate situation. Randall Mindy’s (Leondardo Di Caprio’s) subsequent monologue deserves a literal quote: “Would you please just stop being so fucking pleasant? I’m sorry, not everything needs to sound so godly clever, or charming, or likeable. Sometimes we need to just be able to say things to one another […] And if we cannot agree that a comet the size of Mt. Everest hurdling its way towards planet Earth is not a good thing, then what the hell has happened to us?”

In my opinion, this is the moral of the whole story. The willingness to appear desirable, which social media have exacerbated by giving everyone a space to instantly deliver their virtues to the rest of the world, is making us idiots, often ready for the uncritical acceptance of everything the mainstream political-economic thought proposes, regardless of its factual sense.

Far from having to become conspiracy theorists, asking ourselves two more questions instead of giving two more trivial answers can foster our independence of thought, and consequently our ability to make sensible decisions and to judge public policies.