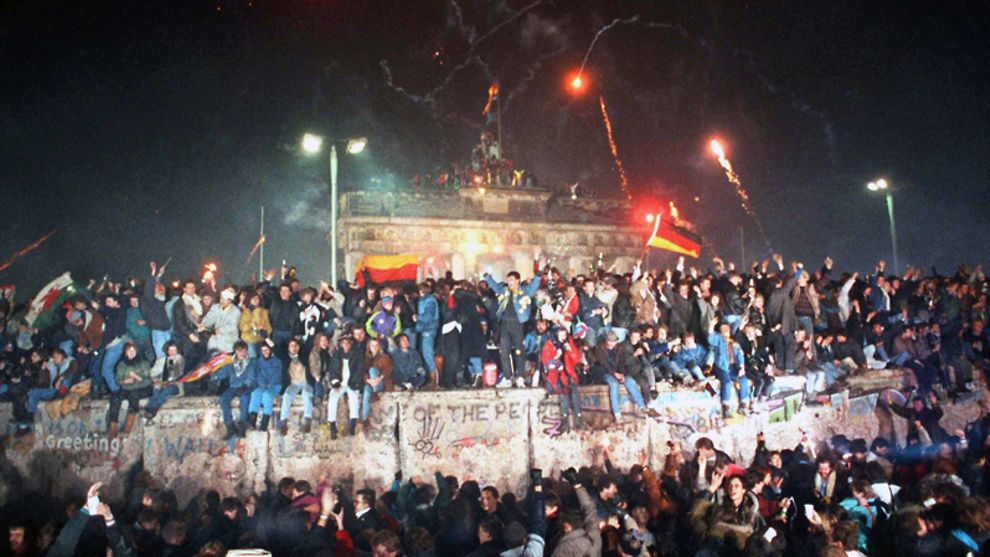 Published by Marco Colleoni on 9 November 2021

Today marks the 32nd anniversary of the fall of Berlin Wall.

The striking vote with the feet expressed by the crowds who crossed in front of a motionless police, the people exulting astride the barricade, and the pickaxes launched against the most evident symbol of the communist regime have become the images of one of the few fully accomplished revolutions in history.

Understanding how this has been possible is one of the reasons why I find fascinating to study economics.
The collapse of communism did not only result from a reaction to the complete lack of political freedom. Otherwise, it’s not difficult to conceive that the events of 1989 would have overwhelmed China as well.

The revolution was not even caused by the alleged absence of merit incentives. In fact, the scientific programs (as for example the space projects) of the USSR were of first quality, and scientists earned well above average remuneration. Moreover, it was often the case that well-educated outsiders made a long way into the party and state systems. In sum, merit was not completely unknown in the Soviet Union.

Instead, the fall of Berlin Wall is mostly the tangible failure of a theory arising from the following thought.

Free competitive markets are efficient, in that – given the prices – it is not possible to find another allocation of goods without decreasing total welfare. However, free markets leave room for inequality, depending on the initial endowment of the agents. Yet, it is possible to pick another efficient equilibrium with a fairer allocation of goods, and to reach it by means of transfers from the initial endowments.

In order to do so, the economic planner (i.e. the state) has evidently to know that the desired allocation and the new price level form an efficient equilibrium. But this assumption is not at all practical, since it requires perfect knowledge of the preferences of each agent about each good.

Clearly, the state – however anti-democratic – cannot enter the mind of its subjects to understand what they like or not, and in what degree. Even if it could have done so, it probably would have lacked (in the ’80s) the computing power required to solve an allocation problem involving more than 150 million individuals and who knows how many goods and services.

Now, if a state plans to strip its citizens of their liberty with the purpose to achieve a fair and efficient allocation, then the former cost has to be weighted against the latter benefit. But if the allocation is even wrong as it results from an arbitrary interpretation of the true preferences, then it leaves the citizens completely unsatisfied. As a result, they move where the freedom to achieve their own happiness is guaranteed.

In short, the Soviet Union was like somebody going for his grandmother’s groceries and spending her money to buy artichokes instead of the tomatoes she likes. In 1989, the grandmother realized she preferred to go shopping on her own.