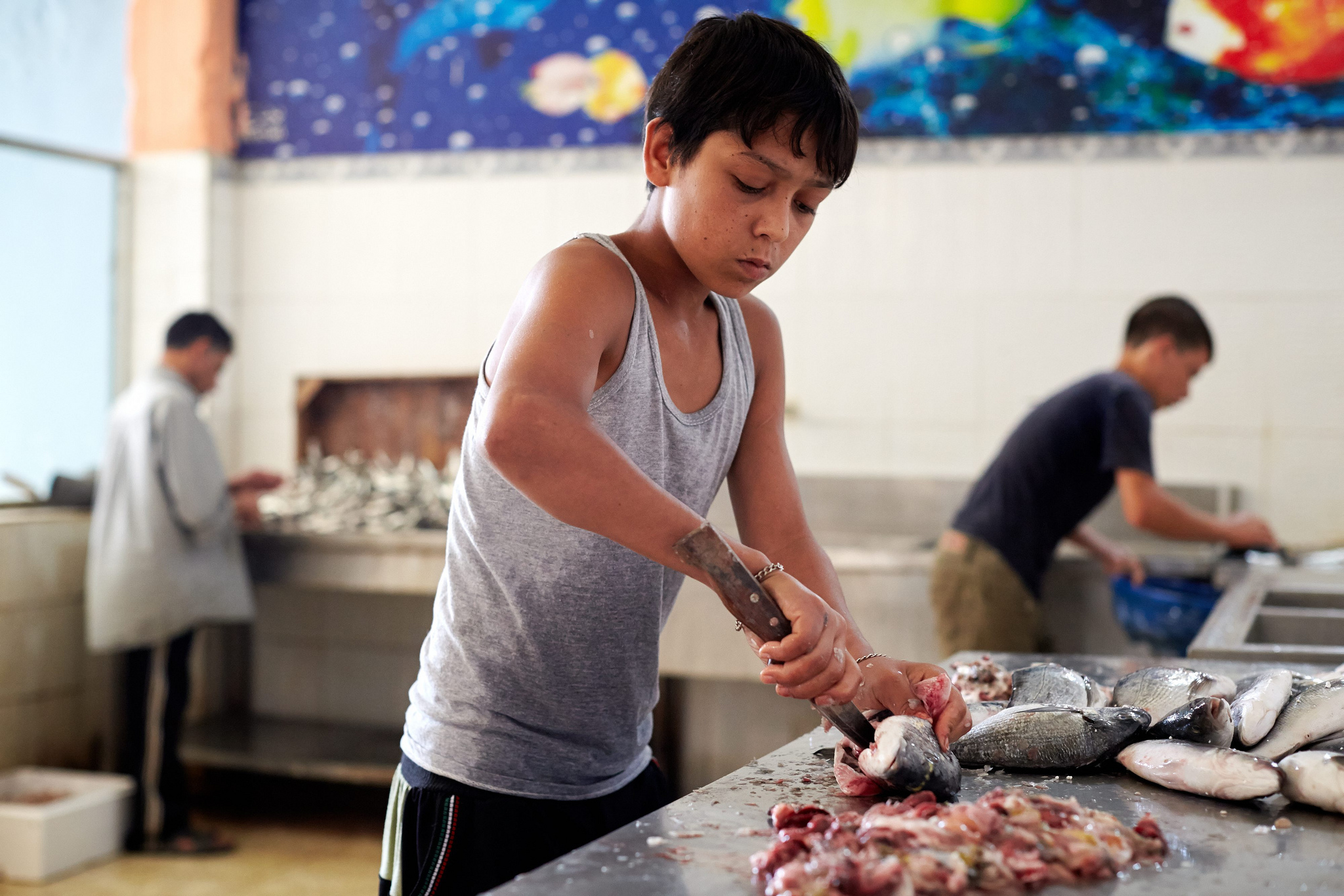 On ‘Freedom’ and ‘Root Causes’: Unfree Labour in Global Production

So, I am back after a summer hiatus, which was mainly spent conducting fieldwork in Southern Italy. For my first post, here is the text of a speech I gave this afternoon at the World Trade Organisation’s ‘Public Forum’, which certainly seemed as WTO-y as it sounds, but which I was invited to by my friends at the ITUC to talk about unfree labour in global production. Somewhat positively, I managed to entice Olivier de Schutter, the excellent former UN Special Rapporteur on the Right to Food, to talk about why Basic Income would be a good idea 🙂

On ‘Freedom’ and ‘Root Causes’: Unfree Labour in Global Production

Hello everybody, and thank you for having me here.

As a scholar raised in the progressive tradition of social justice-oriented critique, I must admit that I currently feel a bit like Jonah felt when he was swallowed by the Whale. Because I’ve always understood that story to be at the origin of the phrase, ‘Inside the Belly of the Beast’. The difference this time, of course, is that both the Beast and its Belly are much shinier, a lot cleaner and a good deal more comfortable. Yet my hope is nevertheless to emulate Jonah to some degree, by finding my way out of these entrails unscathed, and hopefully causing a bit of indigestion in the process.

What I’m going to talk to you about over the next few minutes are some of the ‘root causes’ of the severe exploitation and unfree labour in the global economy. I’m going to draw on an ILO report I’ve been working on with my friend and colleague, Dr. Genevieve LeBaron at the University of Sheffield, on the Political Economy of Forced Labour. The idea behind this report is that there’s a growing awareness that unfree labour, in supply chains or otherwise, depends on deep-lying root causes and not just on individual baddies.

This idea, it seems to us, is becoming standard amongst politicians, businesses, and academics. But it needs some filling out. So what we try to do is bring together the best of current research on unfree labour and its structural causes. We do this by building an eight-point typology around the core classical economic concepts of ‘supply’ and ‘demand’ – the ‘supply’ of workers vulnerable to severe exploitation on the one hand, and the ‘demand’ on the part of certain businesses for their labour.

Today, I’m going to concentrate solely on ‘supply’. But in order to do so, I first need to make a little detour. That detour concerns what we mean by ‘freedom’.

The common understanding of freedom within international legal and political architectures to do with unfree labour is the ‘negative’ one, best encapsulated in Isaiah Berlin’s famous essay ‘On Liberty’. In that essay, Berlin defines freedom negatively, as the freedom from interference.

‘I am normally said to be free,’ he says, ‘to the degree to which no man or body of men interferes with my activity. If I am prevented by others from doing what I could otherwise do, I am to that degree unfree’.

What this means in a nutshell is simply that forced labour is the act of one person limiting another person’s freedom to spend their time as they like to the extent that they force labour from them.

BUT.….BUT, how can and does this negative conception of freedom square with the now commonly accepted political idea that unfree labour has ‘root causes,’ or that one of them is ‘poverty’? The short answer is that it does not, and it cannot.

Why? Let me explain. A ‘root cause’ is a fundamental reason for the occurrence of a problem. It’s the underlying, original source of action, that sets in motion a chain of subsequent actions leading to an event. ‘Poverty’ is an abstract concept, a word we use to refer to the fact of some people having basically nothing. If poverty is said to be a root cause of unfree labour, it’s because we understand the poor as being ‘pushed’ into situations of exploitation because of their lack of alternatives, alternatives which they would have if they weren’t so poor.

Why is this important? Because what it implies is a theory of freedom that is MUCH MUCH broader than the traditional understanding of ‘leave me alone’. This broader freedom includes the need for people to have what academics call ‘positive capabilities’, and which basically means the ability to do other things, in order to guarantee freedom from forced labour.

So when we say that ‘poverty’ is a root cause of unfree labour, what we’re actually saying is that we believe in a theory of freedom that is much broader than any of the legal definitions, than what any of those engaged in the business or the political fight against unfree labour in supply chains will tell you. Because this freedom is, quite simply, the power to say no. It is, in other words, the possessing of an exit option (Widerquist 2013).

This has very, very serious implications for how we understand unfree labour and its structural underpinnings. When we say that poverty is a root cause of things like forced labour or human trafficking, we acknowledge that people’s freedom from being trafficked is violated because they lack an exit option, because they’re too poor to say no. It’s the violation of a person’s freedom to say no that leads to their more easily recognised coercion in the form of trafficking or forced labour.

When we take note of this, we immediately open the door to a radical shift in how we conceive of coercion and vulnerability. Because on this understanding, coercion has to be viewed, and therefore addressed, as a structural and not simply individual phenomenon.

Indeed, it can be no other way. If me forcing you to work relies on you not being able to say no to me, and you not being able to say no necessarily results from the arrangement of social, political and economic affairs, then the structural organisation of those affairs is what is at stake. Being vulnerable to forced labour, therefore, means inhabiting a position within the social matrix that structurally limits your available alternatives.

So now the theory is done, what does it all mean? Ironically, it’s quite simple. Firstly, once we confront the true implications of the idea that unfree labour can have root causes, and that we therefore implicitly buy in to an idea of freedom that is wider than not being in chains, we have to accept that any structural force which limits our freedom to say no must be also considered a root cause of unfree labour, and not just ‘poverty.’ Secondly, we have to ask ourselves where these limits to freedom come from; in other words, who is responsible for designing the system that perpetuates them?

I’ll leave that latter question to one side for now, but here’s a hint at the answer: it’s the people with greatest political-economic and social power, who buy into and propagate anti-freedom ideas about how we should organise our world.

On the first point, though, there are at least four structural factors that we can identify, which generate a consistent supply of very exploitable, ‘unfree’ workers. These are:

What can we do about this? For me, the horizon goals must be emancipatory policies like the unconditional basic income, high-level minimum social protection floors, positive discrimination and redistribution, much freer movement of people across the globe, and a massive increase in the state’s capacity to inspect and enforce labour conditions. The age of self-regulation now has to come to an end, for however many ‘moral employers you may have’, you will always have the immoral ones who cut corners and build their fortune on the backs of the less fortunate. It’s time for this to change.