Home » Blog » On Freedom as the Power to Say No; Or, Why the Anti-Forced Labour Movement Needs to Change its Framing 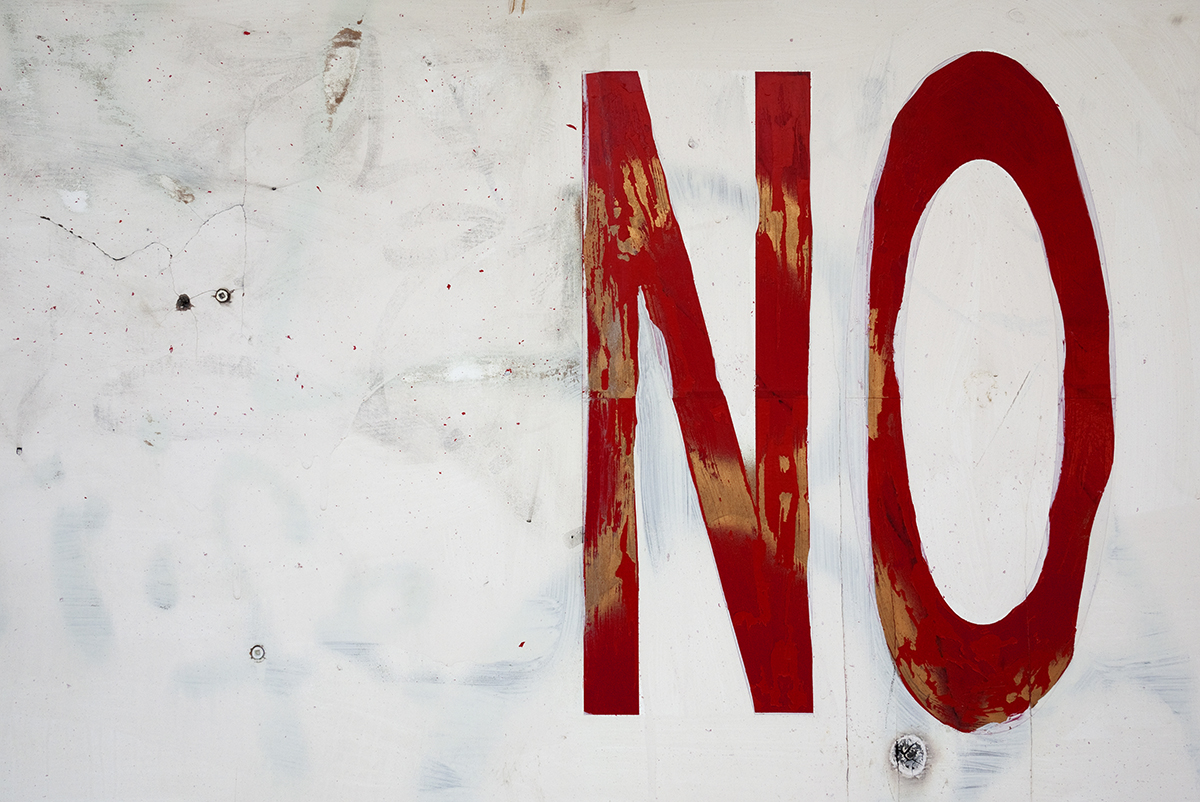 On Freedom as the Power to Say No; Or, Why the Anti-Forced Labour Movement Needs to Change its Framing

This is the text of a short speech I gave to staff at the headquarters of the International Trades Union Confederation in Brussels this week.[1]

‘Imagine the following scenario. You are a global traveller and you’ve stopped in the middle of the ocean to visit two very remote islands. Each is inhabited by only two people. On the first, you meet Mr. A., who is quick to tell you how awful Mr. B. is. Mr. B. is his neighbour and the owner of the second island. He is also a slave-owner. On his island, slavery is legal and Mr. B. keeps Jack, his slave, in terrible conditions. Jack has to do whatever Mr. B. demands, eats only what food he’s given, sleeps in a cage, is frequently whipped, and is confined to a hole in the ground in the middle of the island if ever he disobeys and until he begs for forgiveness.

‘How awful!’, you say, and Mr. A. agrees. He then introduces you to his man-servant, John, who he proudly proclaims a free man, because on his island slavery was long ago abolished. ‘I’m happy to hear this’, you say, relieved that you’re on the first island and not the second. Until, that is, you notice that John too has to do whatever Mr. A. demands, eats only what he’s given, sleeps in a cage, is frequently whipped, and is confined to a hole in the ground in the middle of the island if ever he disobeys and until he begs for forgiveness.

‘What on the earth is the difference, Mr. A.’, you ask, outraged, ‘between you and Mr. B., between Jack and John????’ ‘Why everything!’, Mr A. responds. ‘Jack has no liberty whatsoever. He is the property of Mr. A, while John here is a free man, an autonomous, self-owning individual’. ‘What?’, you respond, incredulous. ‘Slavery is illegal on this island!’, Mr. A. reassures you, ‘And John here chooses to work for me. Unlike Jack’, he continues, ‘John freely accepts his conditions. If not, he is at liberty to go whenever he wants to the Island’s patch of publically-owned land – the hole in the middle…’.

This sketch is somewhat tongue-in-cheek, and I warrant that it’s a little outrageous. But it nevertheless captures what life is like for many people in today’s global economy. Although, as we all know, slavery and forced labour have been outlawed everywhere, and although, as we all know, everybody who is anybody stands against slavery and forced labour, the reality of the global market place is that millions of people are compelled to sell their labour in dreadful and often abusive conditions for want of a better alternative. These people are not free in any meaningful sense of that term.

Indeed, this is so much the case that a wealth of academic research, my own included, shows how often those who are legally defined as ‘victims of forced labour’ actually consent to their coercion. Take a minute to think about that. Just as John consents to leave his hole in the middle of the island in order to take a whipping from Mr. A., so countless workers today face such a mixture of destitution and absent alternatives that they too have to accept whatever dreadful work is available to them, even when that work is so bad that it gets called ‘forced labour’. Unfreedom lies at the very heart of contemporary capitalism.

So what conclusions can we draw? There are two that spring to mind. First is that both the definition of forced labour and the dominant policy response to it remain too narrow. Each focuses on ensuring only one side of freedom – ‘freedom from’ (the coercion of a bad employer or government). But this is not enough. And so our second conclusion must be that in order to really tackle the most serious labour exploitation, we need to broaden our approach and focus not just on ensuring freedom from, but also freedom to.In other words, freedom for the poorest workers to say no to the worst and the most exploitative jobs.
How can we do this? As our horizon goal, I believe that we need to start working towards a global basic income. We need to shift our focus away from simply fighting for better legislation or policing and orchestrate a much wider push in the direction of global social justice, against inequality and for redistribution.

Is this too bold? On the contrary. I don’t think time could be riper for us to start. We are living through a generational crisis of capitalism, and the intensification of neoliberalism since 2008 has generated a huge anti-austerity backlash, politicising millions in the process. The terrain is fertile. People are active, they are organising, transnational linkages are emerging, inequality is back on the agenda, and the democratic deficit orchestrated by the 1% is now very much front and centre.

What I believe we can and indeed must therefore do is seize this moment. We can begin to do that by starting to link the most severe exploitation – the political dynamite that is ‘forced labour’ or ‘slavery’ – with all exploitation. We must begin a rhetorical battle that parallels the unfreedom of the forced labourer with the unfreedom of the mother who has to work 20 Walmart shifts a week in order to make ends meet. The imagery is already all in place, the ‘slavery button’ has been pushed so hard by activists over the last decade that the issue is everywhere in the public consciousness. It’s now time to politicise that – to get people to see that both extreme and everyday exploitation derive from the same structural realities, that each is only a different point on the same spectrum of unfreedom.

I’ll leave you with a final thought: what I’m proposing is nothing more than the reversal of exactly what the neoliberals did, five decades ago. No-one then could ever have imagined just how successful they’d become, but they’ve become so successful precisely because they used the opportunity that history offered them to colonise the language of freedom, equating freedom with the market and force with the state. Well now it’s time for us to reverse that equivalence, to take the opportunity history is offering us, and to once again bring back into the mainstream the understanding that for most people, most of the time, the market is anything but free – it is coercion masked as freedom’.

[1] This title and the opening scenario draw heavily on Karl Widerquist’s excellent recent book, Independence, Propertylessness and Basic Income: A Theory of Freedom as the Power to Say No (2013, Palgrave).