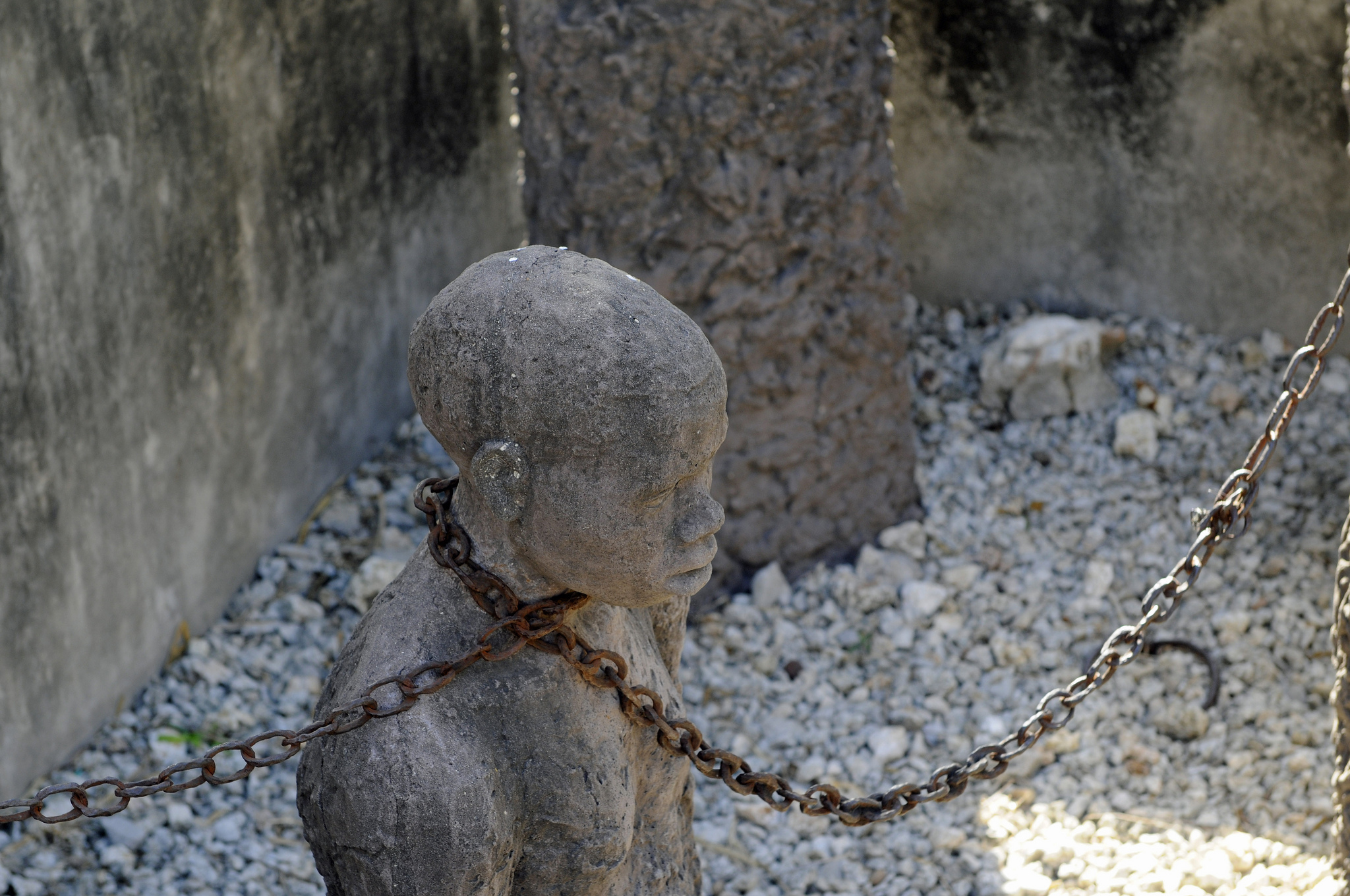 Why (and how!) we need to talk to ‘the victims’

I was in Sheffield this week for a Symposium on Research Methods to do with unfree labour. It was an excellent gathering with some top scholars. It also involved the drinking of far too much gin, with certain bad influences. This is the text of my talk..

It is now commonly accepted that we possess generally poor quality data on the triumvirate of ‘extreme exploitation’ that is ‘human trafficking’, ‘forced labour’ and ‘modern(?) slavery’. The UN admits it, the US State Department admits it, and academics including all of those present here will at some point have publicly decried it.

Over the course of this discussion, I will use my qualitative research with young migrant labourers identified as ‘victims of trafficking’ in West Africa to reflect a little on why this is the case, a little more on what nefarious consequences it can have, and a little more still on one potential, very simple means for reducing the data deficit.

Not Just the Institutions

It has, of course, been widely documented that ‘estimates’ like those of the Global Slavery Index are ridden with methodological flaws, so much so that they could never successfully run the gauntlet of peer review. This critique has been levelled also at measurements made by the ILO, UNICEF and the Global Initiative to Fight Human Trafficking. Individualised sensationalism too has come under fire, for un-representative stories of suffering tend to inflate the ‘problem’, distort the picture, and detract from what critics (such as us) believe should be the real cause of concern.

Yet it is important to underline that the ‘scourge’ of poor quality or sensationalist data – to coin the classic anti-trafficking term – affects not only the governments, IOs and NGOs that academics routinely criticise. It also affects academics themselves, and even the very good ones motivated by a desire to reframe the common sense and unveil the powerful economic interests underpinning most severe exploitation. How is this so? It is so because ‘big picture’ scholars examining the world with a wide-angle lens – the economists, political economists and political scientists amongst us – often have to rely on what are un-verified, inaccurate and sensationalist reports of exploitation in their valiant attempts to hold the holders of social and economic power to account. The classic recent example here is that of ‘forced child labour’ or ‘child slavery’ in the cocoa plantations of Ghana and Côte d’Ivoire, or the textile factories of Bangladesh.

Why is this inaccuracy important? For at least two reasons. The first is what political or development anthropologists have long referred to as ‘collateral damage’. Acting on the basis of poor quality data and un-checked assumptions, national and international policy-makers, and even well-intentioned humanitarians, have a historic tendency to pioneer blunderous interventions that make life worse for the very people they are supposed to be assisting. I have seen this myself in Benin and Nigeria, where the explosion of the child trafficking discourse in the early 2000s led to a perfect storm of donors, UN agencies, NGOs and (non-anthropological) scholars effectively tarring all under-age mobility as the equivalent of child trafficking. The policy consequences included a draconian anti-trafficking framework that effectively illegalised unaccompanied child migration and rendered any adult ‘accomplice’ a de facto trafficker. Many innocent people were arrested at the borders, many willing young migrants were either obstructed in their migratory projects or forcibly repatriated, and hundreds of thousands of dollars were essentially absorbed into Quixotic civil society efforts designed to convince the Beninese that they should stay at ‘home’.

The second reason is that the bad data that misrepresents the complexity of life ‘on the ground’ can serve to naturalise problematic, reductive and ultimately de-politicising discourses about how people ‘should’ live and about what legal measures are necessary for them to do so. This has been most clearly documented when it comes to ‘children’ and to the international anti- child labour architecture. Anthropologists from around the world have revealed the ethnocentric bias at the heart of the UN child rights framework, relying as it does on a liberal, capitalist and irredeemably Western understanding of human social, cultural and biological maturation. This framework characterises under-18s as inherently vulnerable, as lacking in the agency (and thus the rights) that pertain to adulthood, and therefore in need of ‘protection’ qua exclusion from the dangers of the labour market. Of course, when operationalised, this vision of childhood causes poor children ‘collateral damage’. But it also systemically disempowers all children and communities whose livelihood practices do not conform to the dominant norm and who will thus eventually face ‘intervention’. By reproducing mis-representative discourses of ‘child labour’, many otherwise radical big picture scholars contribute to this problematic.

‘Talk to Us’ – The Importance of Qualitative Research

So what would help? Quite simply, talking directly to the very individuals who are aggregated into the statistics that shape law, policy, or projects! This is not a revolutionary suggestion. Indeed, anthropologists have been making it ad nauseum for the past 80 years. If we wish to avoid the pitfalls of tarring all child workers as victims of trafficking, or of further impoverishing poor families by taking away the jobs that are the best of the bad options their children have, we need to go ‘down’ to their level, to spend time with them, and to talk to them at length. Ultimately, the plea I am making is a simple one – to compliment quantitative research with qualitative, to triangulate our big numbers with ethnographic investigations, and to invest the time necessary to gain trust and access to people themselves.

This, of course, can be challenging. Most researchers face both time and money limitations, there can be problems generalising this data up, and it takes skill and not a little courage to gain access to certain sites of the informal economy. But these can be overcome, even in the context of small-money projects like a PhD.

What can researchers do? To take my own limited case as an example, when researching anti-trafficking discourse and policy in West Africa, I began by identifying a paradigmatic case study of a putative trafficking ‘flow’ from Benin to Nigeria – that of boys from the Za’Kpota region to the artisanal gravel quarries of Abeokuta. Masses had been written about this ‘flow’ and World Bank economists had even been brought in to run large-scale surveys of Za’Kpota mothers to ascertain relevant causal trends. Incredibly, however, no-one had ever spoken directly to the migrant boys themselves, or visited their place of work. I therefore identified four ‘source’ villages using a local research assistant in the two communes identified as ‘most affected’ by trafficking by the World Bank study and others. There I snowball sampled mothers and fathers, local political figures, and most importantly returned former migrant boys from Abeokuta and groups of other young boys considering mobility. Subsequently, I complimented this ‘sending zone’ data with research in the ‘receiving zone’, in the quarries that were the destination for this ‘trafficking flow’. Again, there I snowballed important figures from the local socio-economic hierarchy, along with dozens of working adolescents. I used techniques including semi-structured interviews and focus group discussions. Crucially, as with the sending villages, I spent large chunks of time in each place, observing as well as asking.

Needless to say, what I found flatly contradicted the dominant discourse that these youngsters had been forced or tricked into work and mobility, it pointed to the complex structuring of socio-economic relationships – many of which were both exploitative and supportive – and it suggested policy or project interventions very different from those of the reigning orthodoxy – Terre des Hommes’ work effectively unionising young workers being a good example. More than one young person saluted me for being the first person to directly to seek their account of their experience, and many suggested I tell my fellow white intruders to ‘come and talk to us’.

Qualitative and ethnographic research is not, and cannot be, a panacea for all that is wrong with research on the shadow economy. Qualitative research can be difficult to scale up and often fails to convince the powerful, for whom numbers are the stock tools of trade. Yet qualitative research is essential to understand the nuances of both the lived experience of exploitation and the conditions that lead to it. It is essential to overturn the assumptions of both the policy elite and the well-meaning scholars who at times unwittingly exacerbate their blundering. Most importantly of all, qualitative research is necessary for developing the situated and effective interventions likely to avoid collateral damage, and for dignifying research participants by allowing them to speak for themselves.