Home » Blog » After Brexit: the road ahead. Part I: A vote to leave but a decision to remain? 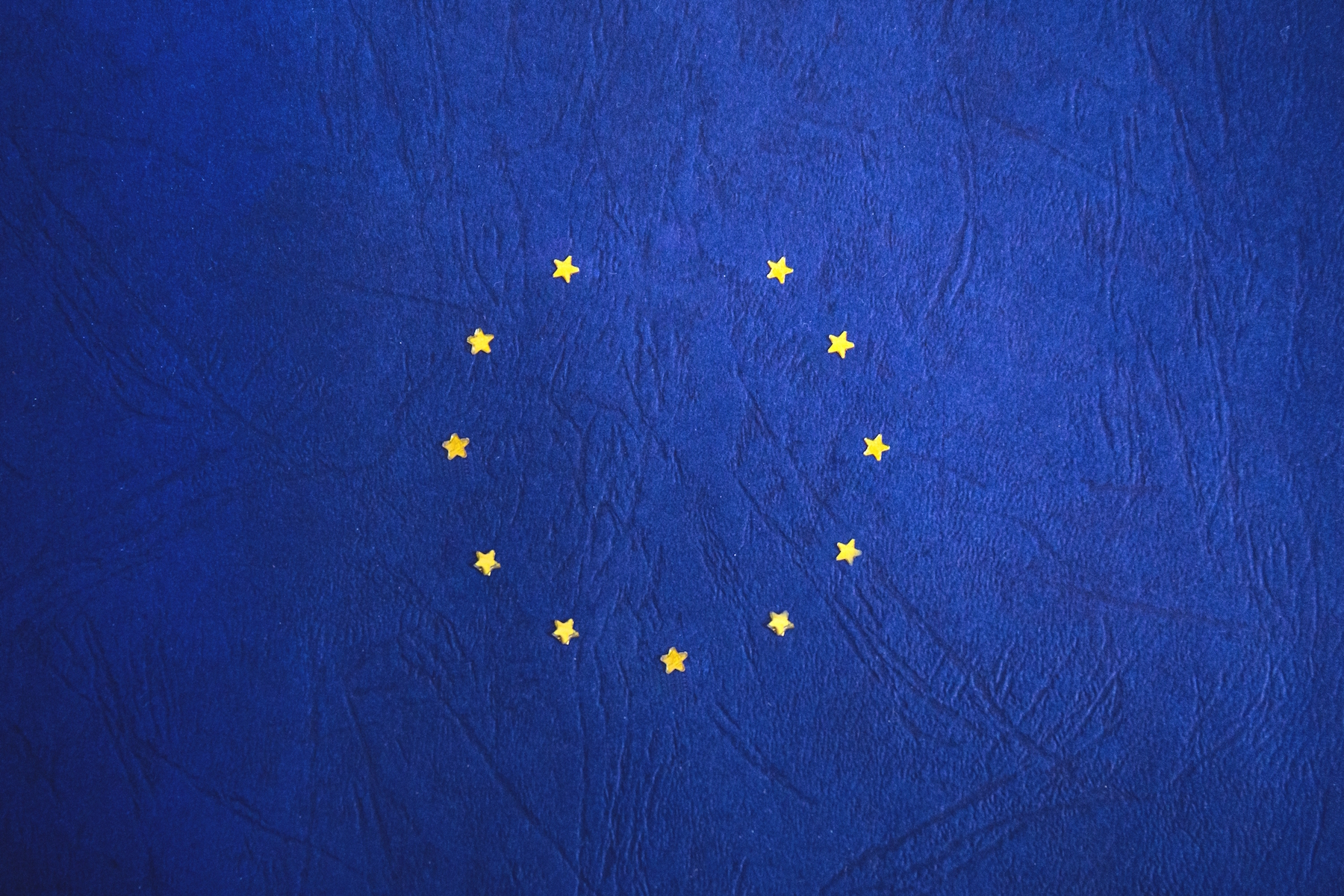 After Brexit: the road ahead. Part I: A vote to leave but a decision to remain?

An edited version of this post appears on the European Law Blog. http://europeanlawblog.eu/?p=3260

“A negotiation with the European Union will need to begin under a new Prime Minister, and I think it is right that this new Prime Minister takes the decision about when to trigger Article 50 and start the formal and legal process of leaving the EU.” – David Cameron, former Prime Minister of the United Kingdom.

“Almost 500 members of parliament declared themselves in favour of remain, and it is within their powers to stop this madness through a vote in parliament.” – David Lammy MP, Labour Member of Parliament.

“The Liberal Democrats will fight the next election on a clear and unequivocal promise to restore British prosperity and role in the world, with the United Kingdom in the European Union, not out.” – Tim Farron MP, Leader of the Liberal Democrats.

Much has already been written in the months preceding the referendum as to what the process of the withdrawal negotiations following the triggering of Article 50 will be.[1] In contrast, this particular post will focus on whether the conditions for withdrawal have in fact been fulfilled, and therefore whether the United Kingdom is indeed bound to withdraw from the European Union. The result has triggered outrage from the 48% of the population who voted to remain, with calls for a second referendum, suggestions that the House of Commons could ignore the result, and a promise by the leader of the Liberal Democrats that the party would run on a platform to remain within the Union in any future General Election.  Despite the exercise in direct democracy, the answer of whether the United Kingdom must now withdraw is not clear from the country’s constitution because there is no precedent for the withdrawal from a multilateral treaty regime which creates directly effective legal rights for citizens: the answer appears to hinge on whether the executive has the exclusive prerogative to trigger the Article, or whether there is a role for Parliament.

Article 50(1) of the Treaty on European Union (TEU) outlines that “any Member State may decide to withdraw from the Union in accordance with its own constitutional requirements”. This condition should be understood as entirely within the competence of the Member State contemplating withdrawal. In the United Kingdom, this was seemingly addressed through the direct democratic exercise of a referendum, as passed into law by the European Union Referendum Act 2015. However, in the fallout of the leave vote, it has been called into question whether the referendum result makes it legally necessary for the United Kingdom to trigger Article 50. Unlike the Parliamentary Voting System and Constituencies Act 2011, which indicated that legislation would incorporate the result of a referendum on whether to adopt the alternative voting system, the 2015 referendum act did not make the result legally binding. This has led to the referendum being labelled as merely “advisory”. Therefore, the legislation is silent on what the correct constitutional framework is for Article 50 to be triggered. It is submitted here that there are two possibilities: an executive decision without the consent of MPs, or a decision to enact legislation enabling withdrawal through the Houses of Parliament.

Despite the former Prime Minister David Cameron’s commitment to commence withdrawal negotiations in the event of a leave vote, in his resignation speech he suggested that this decision would be left for his successor once he steps down in October. The key figures on the European Union’s side have called for Article 50 to be triggered as soon as possible[2]; as outlined above, however, the Union does not have any competence to compel a Member State to start proceedings even if the constitutional requirements have been fulfilled, and will only adopt a role once negotiations have begun. David Lammy MP has been the first Member of Parliament to call for the House of Commons to reject the vote to withdraw. The leader of the Scottish National Parliament, Nicola Sturgeon MSP, has also suggested Scottish MPs sitting in the Scottish Parliament in Holyrood could withdraw their consent from legislation to enact withdrawal.

However, it is not clear that such legislation would be required in order to withdraw. Traditionally, in international law, it has been the prerogative of the executive to make decisions about whether to accede to (and to withdraw from) international treaties. For example, it was the government of Edward Heath that made the decision to accede to the Treaty establishing the European Economic Community in 1973, with a referendum on membership only being held after the event in 1975. If this traditional position were followed, then it would be free to any present or future government to trigger the proceedings for a withdrawal in accordance with Article 50, or indeed to ignore the result of the referendum and choose not to withdraw. The repercussions of the latter move for the democratic legitimacy of the government, and indeed the response it may provoke from those who voted to leave, is a matter for another debate. In practice, however, it seems highly unlikely that a future government could choose not to trigger Article 50 without another referendum being held, or without a strong mandate to do so in a general election.

The alternative position suggested by Lammy and Sturgeon is that the consent of Parliament is necessary in order to trigger Article 50 TEU. Here, an argument familiar from the European level relating to the application and interpretation of the European Union’s treaties could be made on the domestic level: that the Treaties have succeeded in creating a “new legal order”[3] with its own self-contained conditions and principles, and that therefore the traditional rules of international law do not apply. The key point in favour of this is the fact that the treaty regime of the European Union has been incorporated in the UK’s legal order through the European Communities Act 1972. The mainstream position in English constitutional law, despite the Court of Justice of the European Union’s position that the treaties have direct effect in the Member State legal orders, is that European Union law is only made valid through the “bridge” of this Act of Parliament. Therefore, although not necessary to accede to the European Union, the statute was necessary to make EU law enforceable in the United Kingdom. Furthermore, the judiciary in the United Kingdom has developed the position that the statute, along with others, is a “constitutional statute” which cannot be impliedly repealed by a later Act of Parliament, but must be expressly repealed by Members of Parliament.[4]

Ironically, therefore, the calls of certain leave supporters to merely repeal the 1972 Act without triggering Article 50 could work against them. If this route were followed, then Members of Parliament who were pro-remain could in theory block the repeal of the European Communities Act, in accordance with Lammy and Sturgeon’s remarks. Or, if one subscribes to the notion of “constitutional statutes”, then one can envisage the improbable situation in which a government formed of those who supported leave formally triggers Article 50 TEU, but the House of Commons rebels in refusing to repeal the 1972 Act, thus technically leaving EU law enforceable in the United Kingdom’s legal order. Such a fragmented departure is highly unlikely, and the remaining in force of the Act would be of partial value only, as in accordance with Article 50 the United Kingdom would lose its membership rights such as sending Ministers to the Council and electing Members of the European Parliament. What seems more likely is that withdrawal would be all or nothing; either the government triggers Article 50 and ensures that the ECA 1972 is repealed through the whip system, or Parliament successfully argues that it has competence over the decision to trigger Article 50 and prevents the decision and the repeal of the ECA. It seems unlikely, however, that such a decision would be accepted by the people of the United Kingdom without either a second referendum, or a party advocating this policy winning a majority in a general election.

A third possible route is that Article 50 is indeed triggered, but that the majority in the House of Commons ensure that the ECA 1972 is not completely repealed, but that instead it is amended in order to ensure that the aspects of Union membership that are perceived to be most important – such as access to the single market – are retained. Such an approach was mooted in the run up to the referendum through an anonymous source in the House of Commons claiming that MPs could rebel in order to preserve the United Kingdom’s position in the single market due to the mistruths on which the leave side based their campaign.[6] In reality, however, such an approach would be ineffectual, because unless the European Union consented in the withdrawal negotiations to the United Kingdom’s continuing membership, it would be of little practical relevance that the legal norms governing the single market would be in force in the UK’s legal order. The obligation of sincere co-operation for other Member States to reciprocate in ensuring the exercise of rights by UK citizens would no longer apply unless explicitly enshrined in a withdrawal or future relations treaty. The framework advocated by leave campaigners actually would follow this route of amending the Act, but in order to cover aspects such as ending the Court of Justice of the European Union’s jurisdiction and to re-impose immigration controls before the use of Article 50 and the eventual  repeal of the Act.[7]

In conclusion, it is unclear exactly what the “constitutional requirements” of the United Kingdom regarding withdrawal are because such a situation has never occurred before. However, it seems practically unlikely that after a 52% vote for leave in a nationwide referendum that proposals to block exit would be accepted by the population of the United Kingdom.  It seems that now the only way to prevent ‘Brexit’ is to hold another referendum, or for a party supporting Union membership to win a majority in a general election. There is precedent for further referendums in EU matters following a perceived ‘wrong’ decision with regard to the Irish population’s acceptance of the Lisbon Treaty. However, the key differences are that this time there is no appetite on the Union’s side to reopen the question, and furthermore the question of membership goes far deeper than the ratification of a Treaty amendment. Regardless of the European Union’s position, after the political and economic consequences of the referendum on 23rd June it seems there is unlikely to be political appetite for a further referendum.

The Liberal Democrat’s policy to run on a remain ticket in a general election has more traction on the basis of the likelihood of an election in the near future following Cameron’s resignation, and the legitimising claim that the leave campaign was based on mistruths. Practically, however, it seems highly unlikely that a party with only 8 MPs and a broken reputation with the British public could achieve the requisite majority. The argument can be made that the question of membership should have been resolved through a general election and representative democracy in the first place, rather than an unpredictable exercise in direct democracy on a matter which was susceptible to misinformation and misconceptions. In the end, however, the most likely outcome is that the “constitutional requirements” of the withdrawal process will be fulfilled by the successor to David Cameron’s government officially notifying the Union of the United Kingdom’s triggering of Article 50. Although the result of the referendum has been extremely difficult for many supporters of the European Union to accept, perhaps it is now time to turn our attention away from far-fetched ways to overturn the result, and towards ensuring that the negotiations of withdrawal protect the rights that are fundamental for United Kingdom and European Union citizens.