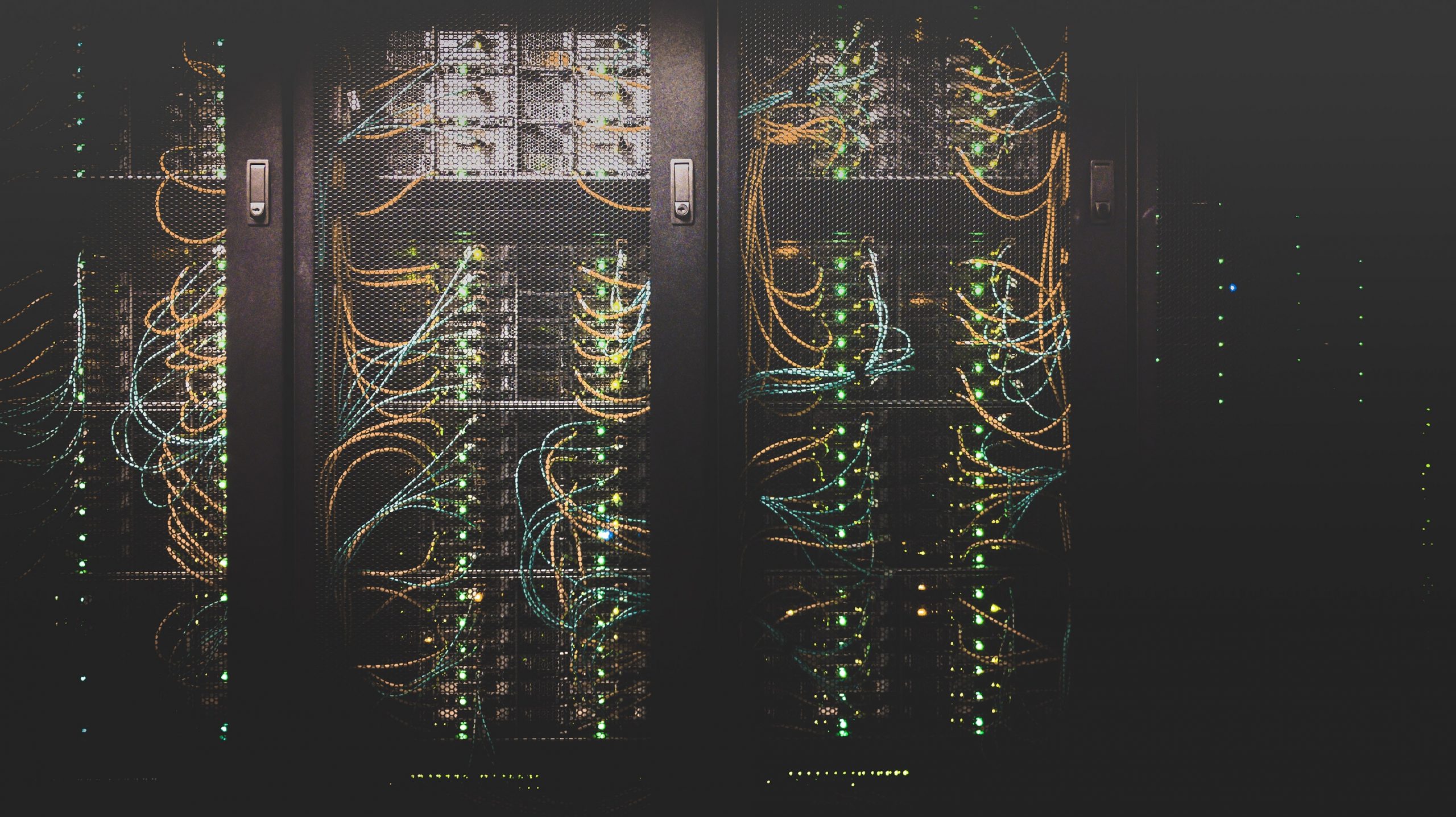 Verba Solemnia I: Some Thoughts on Tools and Weapons by Brad Smith & Carol Ann Browne

Welcome to the first issue of Verba Solemnia, a tiny side project focusing on briefly introducing and commenting on books I read for my PhD studies. Today, the highlight is an excellent book by Brad Smith and Carol Ann Browne, two high-profile Microsoft officials discussing the future of technology and its regulation.

In Tools and Weapons: The Promise and the Peril of the Digital Age,  the authors embark on a journey to provide an insider’s account of how it’s like to harness the potential of technological development while tackling its challenges as one of the largest companies in the world. The topics covered include ensuring data protection and bolstering cybersecurity in an increasingly connected world, through both private and public initiatives like the CLOUD Act and the (now defunct) Privacy Shield. Great effort is also exerted to underline how important it is to induce large technology companies (the so-called “Big Tech”) to do more – be that via self-regulation initiatives, consortiums, or public-private partnerships. This is a book everyone interested in an insider’s view of what is going on between Silicon Valley and the many capitals of the world should read.

With that being said, I would like to tease out some of the more pertinent themes permeating the book, and then put them into perspective. There are two such themes I’d like to examine today: technology as a source of both good and bad, and the understanding of the firm as more than a “black box”.

Technology as a source of both good and bad

In one of my favourite dystopian sci-fi novels, Metro 2033, lies also one of my favourite quotes. In a world buried under the ashes of nuclear fire, residents of cities found refuge in metro stations to survive the radioactive apocalypse. However, these underground dwellings house more than mere humans – for instance, they shelter “anomalies”, bright sparks of light and electrical current that obliterate anyone who moves a muscle, but spare those who stand their ground. In witnessing for the first time the sheer brutality of one of these anomalies, the protagonist, Artyom, is shocked by the remains of mindless monsters just slain by the weird phenomenon. His company, Khan, delivers a simple but thought-provoking line at that moment:

“Wicked phenomenon, yes? But, you know, it’s not any more “evil” than, say… fire. It all depends on your point of view. Try to get a better understanding of things before you make your judgement.”

For me, this quote explains the grit of the message Tools and Weapons wishes to drive. Technology can be the source of both incredible goods, but also evils. The internet can be used for charity and fundraising, but it can also facilitate cancel culture and cyberbullying. In a way, the internet, the quintessential technological marvel of our times, acts akin to an amplifier. It amplifies the good and bad in society. Tech analyst Ben Evans puts it as such: when software becomes such a sticky part of societies, all our problems get expressed in software. Internet becomes the channel through which the good, the bad, and the ugly of society is expressed, and this, on a gargantuan scale.

This may all seem rather obvious to point out. Let me give you a few examples from my field, antitrust law, to explain why I beg to differ. Contemporary antitrust scholarship (and increasingly, enforcement) is incredibly hostile to technology. It seems as if technology can only do harm. Hyperintelligent algorithms independently colluding to fix prices. Greedy monopolists reserving all their innovations for themselves by excluding smaller rivals. And of course, panoptic firms nipping incoming competition in the bud by acquiring, and then killing off, would-be market entrants to solidify their position, sometimes using technological tools to monitor and detect up-an-coming firms.

I do not mean to dismiss the seriousness of these allegations. Most of them correspond to real-life threats. What I am saying is we tend to overlook a reasonably equivalent discussion regarding the merits of technology. In other words, antitrust seems to view technology as a weapon, but struggles to see it as a tool. Algorithms help countless businesses organize and manage inventory and deliver optimal choice structures to consumers. Tech giants contribute immensely to small business penetration of markets, amplifying GDP growth. New solutions such as federated learning and homomorphic encryption allow the sharing of market data (thus allowing its use and potentially enhancing competition) while minimizing the risks of privacy harm. One message I took from this book is that considering the technology debate from only one angle will yield sub-optimal results. We need to act more assiduously and acknowledge both sides of the coin – although I regret to note that in today’s regulatory climate, we tend to err heavily on the side of hostility.

Considering the foregoing, this book represents a refreshing break from the usual state of affairs regarding technology and regulation. This is not to say the book does not advocate for actions I do not particularly agree with – the precautionary approach comes to mind – but it is a welcome attempt at giving a balanced account about regulating technology.

The firm as a “black box”

Standard economic theory and industrial organization literature, on which most static analyses in antitrust are based, are very adept at assuming. In order to manage the complexity of the economy, economic models pretty much have to assume away lots of variables to measure for a particular outcome. An oft-cited example is the perfectly rational consumer always looking out to maximize their gains in the marketplace. We know from real life that there are other factors involved that make consumers not so rational, and some strands of literature, such as behavioral economics, continue to unearth these factors (e.g. bounded rationality, nudge and prospect theories, etc.). Another widespread assumption is the belief that firms are “black boxes”, to which input enters and from which output emerges. However, we know from management and business literature that firms’ internal dynamics, such as the role of leadership and the reception of external factors by the firm also matter. Early price theorists also deep down understood this, but likely did not wish to venture further so as not to overcomplicate their models with so many variables.

Maintaining such a “destructively simplistic” approach in the digital economy seems unwarranted and unhelpful. If we wish to understand the dynamics of the digital economy (and beyond), we can no longer turn a blind eye towards the inner-workings of firms. Not only are firms building blocks of markets, some contemporary firms seem to constitute their own markets. When the stakes are that high, it should be inevitable to conclude that firms need much more attention in antitrust and technology regulation.

Understanding the internal dynamics of firms contributes to another crucial aspect of antitrust enforcement: it helps us grasp the impacts generated by antitrust action. One of the most contentious topics in modern day antitrust (especially as applied to the digital economy) is whether it is even necessary. In other words, there are serious doubts regarding the efficacy of costly and lengthy litigation. This has been a recurrent theme in high-tech cases, surrounding discussions concerning IBM, Microsoft, and recently, Google. Venturing deeper into how a firm operates before and after it had been subjected to antitrust proceedings enables us to conduct a counterfactual analysis, which may lead to valuable observations as to whether lengthy litigation is indeed warranted. If so, that would help dispel regulatory nihilism and bolster the case against the tech giants. If not, we would have collected proof that would contribute to policy changes aiming to spend society’s scarce resources elsewhere.

Tools and Weapons delivers on both ends. For one, we get a high-profile insider’s view on the operations of Microsoft. Short but sweet chapters introduce readers to how engineering and design problems are handled, how, where, and by whom legal issues are solved, and how the leadership thinks and acts in terms of contributing to the resolution of a particular technology-induced challenge, such as cybersecurity or personal privacy.

What has attracted my interest more, though, was the specific impact of antitrust enforcement as elucidated by the authors. Since Microsoft had been through numerous high-profile antitrust cases on both sides of the Atlantic, cues on just how effective those lawsuits were are incredibly important. According to the book, the reader gets the feeling that the cases were definitely not ineffective. The authors point to these cases in several instances when highlighting their decision-making process on whether to go with a particular product feature or not. An interesting fact is that antitrust enforcement not only made Microsoft more aware of its actions against its competitors, but towards all stakeholders in all areas. Antitrust enforcement had “spilt over” to induce the company to also move carefully in matters relating to security, privacy, infrastructure development, and more. We see traces of these impacts still – for instance, take Microsoft’s recent announcement opening its application store on non-discriminatory terms to all. While it is also a direct offence against Apple, the book nevertheless confirms that the company’s troubles past with the trustbusters had indeed left its mark.

Of course, sensible discussions can be made as to whether the changes induced by antitrust enforcement were all for the better. For instance, it is clear that heightened antitrust scrutiny meant engineering and design choices had to be vetted by lawyers first, before becoming a reality. In other words, antitrust enforcement may designate internal legal counsel as gatekeepers of innovation – which may not be a problem for advocates of precautionary antitrust, but is certainly a blunder for proponents of permissionless innovation.

Technological development and innovation do not fall from the sky. Firms respond to market incentives that constantly happen around them, and that includes regulatory measures and antitrust enforcement. Thus, it seems unrealistic to detach the internal dynamics of firms from their operations on the battlefield market. This is especially the case for a battle-hardened firm like Microsoft. Tools and Weapons provides much needed guidance in that area. Another point on which the book brings value is its equal representation and discussion of both the perils and promises of technological development. Those looking for an introduction into the tough exercise of balancing between the excitement and uneasiness of the unknown would do well to give this book a whirl.

Page count: 336
Favourite chapter: 10 – The People Side of Technology