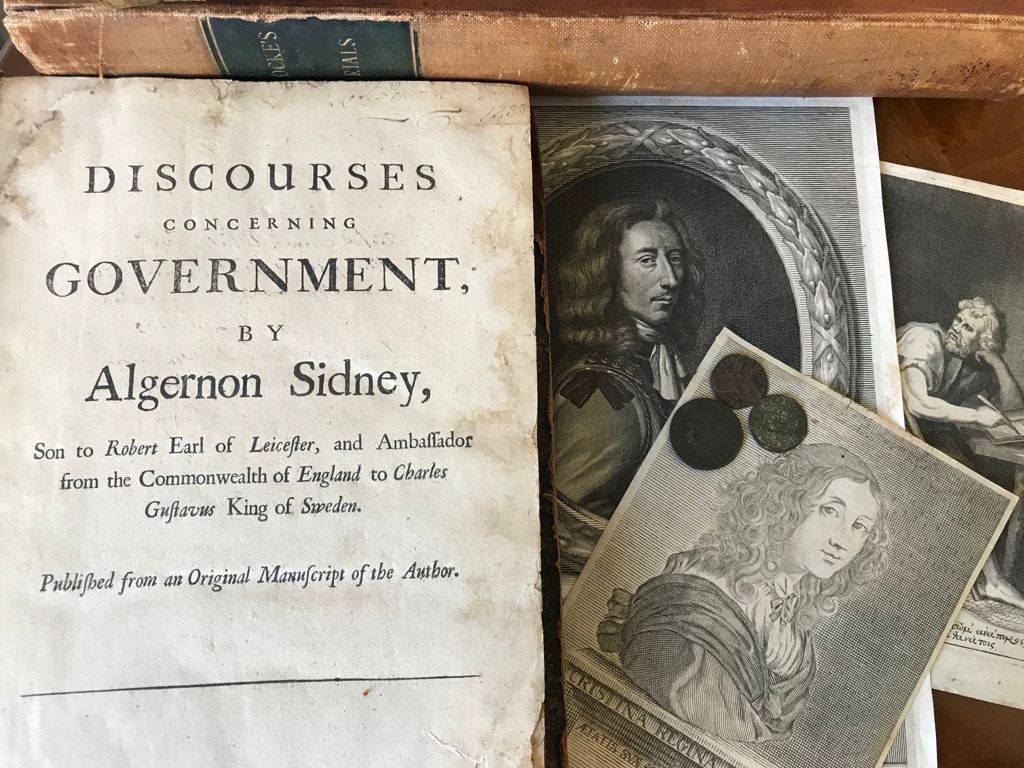 I am presently working towards the submission of my doctoral thesis on ‘Liberty, Virtue, and the Commonwealth of Rights: The Republicanism of Algernon Sidney’, with guidance from Ann Thomson, my thesis supervisor, and Nicolas Guilhot, my second reader (since 2021; formerly Luca Molà, 2016-2018; Richard Bellamy, 2018-2021).

In addition to this I am also a Research Fellow at the Fondazione Luigi Einaudi in Turin where, until September 2023, I am working on a project entitled ‘English Republican Texts in the French and Italian Enlightenment’, advised by Vincenzo Ferrone (Università degli Studi di Torino).

I am a member of the 18th Century Translators Dictionary project research team based at the EUI, the Università degli Studi di Firenze (UniFi), and the Consiglio Nazionale delle Ricerche (CNR). Further to this, I am the social media editor for the Grasping Kairos Research Network and co-administrate ‘The Republic of Letters’, an international online forum. Finally, I am currently a member of the EUI interdisciplinary research cluster on ‘Democracy in the 21st Century’.

Between September 2021 and May 2022 I was a visiting researcher in Turin at the Fondazione Luigi Firpo, Centro di Studi sul Pensiero Politico Onlus, in guest association with the Turin Humanities Programme (THP) at the Fondazione 1563 per l’Arte e la Cultura. From August to December 2018 I was also a visiting researcher at the Institute for History at Leiden University.

From 2017 to 2020 I was co-convenor of the EUI Intellectual History Working Group, organising various conferences, workshops, and talks at the EUI, including the first EUI Graduate Conference in Intellectual History, a successful international series now in its fourth year.

I came to the EUI after completing an MA in the History of Political Thought and Intellectual History at the University of London, jointly administered by University College London (UCL) and Queen Mary University of London (QMUL). During my time in London I predominantly researched English, French, and Italian thought, which culminated in a thesis with distinction entitled ‘Thomas Hobbes, the Regicide, and Political Obligation’, supervised by Quentin Skinner. Prior to my postgraduate studies I read History and Politics at Keble College, Oxford.