I am a social and medical anthropologist interested in the study of global medicine, reproduction, ethics and migration, especially in contexts of social change and crisis. My primary field of expertise is South America, where I have been working for the past 13 years. I have also been conducting fieldwork in Europe and West Africa since 2007.

I was trained in history and anthropology and was awarded my PhD in Cambridge in 2007. I have held research and teaching positions at the Collège de France, the London School of Hygiene and Tropical Medicine, and Oxford University. My research has been funded by the UK-ESRC, the Wellcome Trust, the British Academy, the Gates Cambridge Trust, the Ville de Paris, Trinity College (Cambridge), Wolfson College (Oxford), the Ling Roth Fund and the John Fell-OUP Fund.

I recently joined the Robert Schuman Centre for Advanced Studies as Part-time Professor to lead a project funded by an ERC Starting Grant and entitled ‘Intimate Encounters in EU Borderlands: Migrant Maternity, Sovereignty and the Politics of Care on Europe’s Periphery’-EU BORDER CARE (2015-2020). I am also part of two international research consortia: ASIL-EU, which critically assesses European Asylum Law and Citizenship Acts from the point of view of local actors in EU Borderlands, and the ZIKA Social Science Network, a global social science initiative on Zika, Gender and Social Justice.

I am currently based in Siracusa, southern Sicily to coordinate the fieldwork phase of EU Border Care. We are a team of 4 long-term researchers, working at present in Lampedusa, Sicily, Ceuta, Melilla and Greece. From January 2017, we will be gradually relocating, in order to incorporate Mayotte, French Guiana, Calais and Malta to our study. 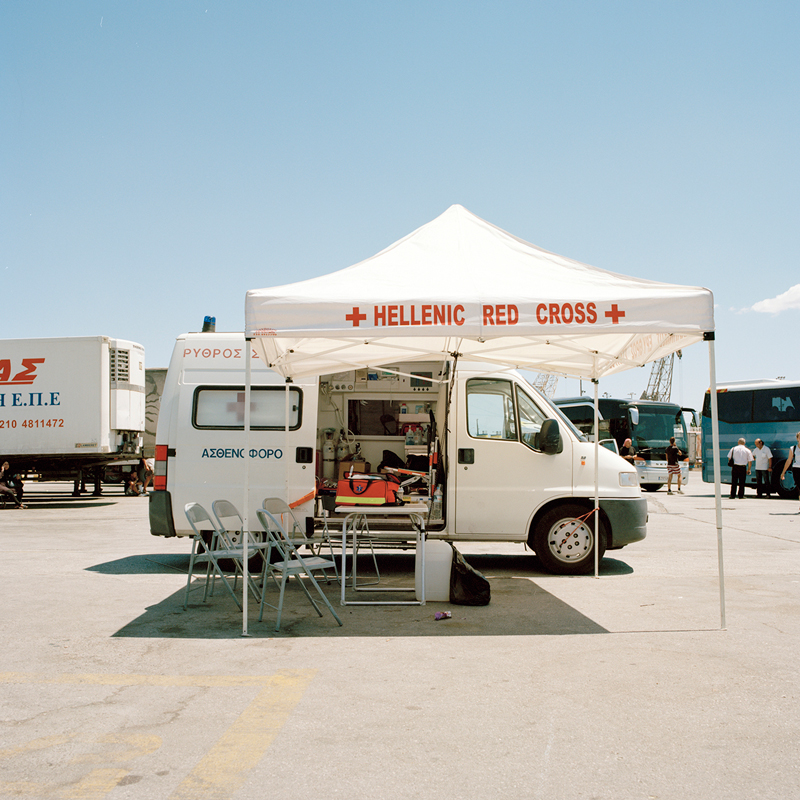 What is EU BORDER CARE about?

What? EU Border Care is a comparative study of the politics of maternity care among undocumented migrants on the EU’s peripheries. Empirical analysis of personal and institutional relations of care and control in the context of pregnancy and childbirth will support an innovative critique of the moral rationale underpinning healthcare delivery and migration governance in some of Europe’s most densely crossed borderlands in France, Greece, Italy and Spain.

Why? Unlike other categories of migrants, undocumented pregnant women are a growing phenomenon, yet few social science or public health studies address EU migrant maternity care. This subject has urgent implications: whilst recent geopolitical events in North Africa and the Middle East have triggered a quantifiable increase in pregnant women entering the EU in an irregular situation, poor maternal health indicators among such women represent ethical and medical challenges to which frontline maternity services located in EU borderlands have to respond, often with little preparation or support from national and European central authorities.

How? Grounded in long-term ethnographic fieldwork in maternity wards located in French Guiana and Mayotte (Overseas France), the North Aegean and Attica (Greece), Sicily (Italy), and Ceuta and Melilla (Spain), my project will trace the networks of maternity care delivery in peripheries facing an increase of immigration flows, and characterised by structural social and economic underinvestment. My team will investigate migrant maternity from three interlinked research perspectives: migrant women, healthcare delivery staff, and regional institutional agencies. Empirical and desk research, combined with creative audio-visual methods, will document migrant maternity on EU borderlands to address wider questions about identity and belonging, citizenship and sovereignty, and humanitarianism and universalism in Europe today.

As an anthropologist my main research interests revolve around the study of medicine in cross-cultural contexts, especially through the lens of the body. I explore symmetrically how relations between people are made and unmade in relation to their social and living environment, and how continuity is produced in contexts of dramatic change and crisis. In practice, this means that I spend a lot of time in the field, recording life histories, documenting social landscapes, living alongside local hosts and interviewing policymakers and officials. My new ERC-funded project which I lead at the RSCAS is precisely based on this ethnographic methodology.

Over the years, I have increasingly focused on medicine, health and care delivery in cross-cultural contexts. I am particularly interested in the intersection between hierarchy, morality and care, and in the historical and contemporary link between colonialism and humanitarianism. I have investigated these questions in particular in my analysis of primary healthcare networks, first contacts and colonial expansion in northern Amazonia.

Since 2011, I work on minorities, migration and reproductive healthcare in borderlands, in particular on Europe’s remote peripheries, especially in the Mediterranean and Overseas France.

My current research interests revolve around the following themes:

I am very interested in interdisciplinary dialogues and intersections with film and photography, as well as architecture and urban studies. My current projects on reproductive care, births and death on Europe’s periphery rest on collaborative and creative dialogues across disciplines and social perspectives.

I am collaborating with the wonderful Paola Leonardi, a talented young photographer based in London: http://leonardiphoto.com, as well as with a collective of graphic artists from Paris: http://www.erccomics.com.

I have published on a range of topics which cover classic Amazonian themes such as first contacts, shamanism, religion, trade and objects, and extractive industries. I have also published on health and medicine in cross-cultural contexts, and migration and human security. A few recent publications:

– (forthcoming) Living with the Enemy: First Contacts and the Making of Christian Bodies in Amazonia. New York & Oxford: Berghahn Publishers.

– (2014) ‘Securitization, Alterity and the State: Human (In) Security on an Amazonian Frontier’, co-authored with M. Brightman. Regions and Cohesion 4(3).

– (2012) ‘The Wealth of the Body: Trade Relations, Objects and Personhood in Northeastern Amazonia’. Journal of Latin American and Caribbean Anthropology 18(1).

– (2016) ‘Indigenous Networks and Evangelical Frontiers: Problems with Governance and Problems with Ethics in Cases of ‘Voluntary Isolation’ in Contemporary Amazonia’, in Pyhälä, A. and V. Reyes-García (eds) Hunter-Gatherers in a Changing World. New York: Springer. Co-authored with M. Brightman.

– (2016) ‘Taking Time in the Midst of a Crisis: Prior Informed Consent, Sociability and Vulnerability in Ethnographic Research’. AHRECS. http://www.ahrecs.com/human-research-ethics/taking-the-time-in-the-midst-of-a-crisis-prior-informed-consent-sociability-and-vulnerability-in-ethnographic-research